Would you imagine today is the 435th birthday of someone familiar yet often forgotten and treated with contempt? People in San Juan celebrate this day by dousing people with water sparing no one.

It was on this day 435 years ago that Miguel Lopez de Legazpi forged a pact with Rajahs Suliman, Matanda and Lakandula founding the city of Manila.

I celebrated this day by heading to the old business district of Manila- Binondo. 'Twas here where the Christianized Sangleys, as the Spaniards called Chinese at the time, settled outside the walls of Intramuros.

Last July 5, 2005, while meandering through Ongpin St, we passed by Eng Bee Tin, every hopia lover's haven and the fabled Estero "fun" dining. While looking for the traditional chocolate factory, I blitzed through Nueva, renamed Yuchengco in honor of the chinese taipan.

On discovery of the name change, I sent an email (July 15, 2005) to rant about it to the hcs-youth yahoogroups. Aside from Nueva, Gandara was also named Padilla St.

Two weeks later, the streetwalker, Ivan ManDy, campaigned to petition to restore the old name to Nueva but fell on deaf ears.

Manila government really is doing a very good job of renaming historic streets at the same time demolishing historic landmarks and architectural sites that should've been preserved for posterity.

Back to the present, after brief Chinatown tryst, I proceeded to Intramuros to join Ivan's walking tour of the old walled city, a visit to Bahay Tsinoy (my second time there actually) and San Agustin Church and adjoining museum

Upong entering San Agustin Church, with its redolent "historic" smell and listed as one of the four UNESCO World Heritage churches in the Philippines, I again marvelled at the magnificent walls and ceilings painted, though appearing to be carvings using a style known as Trompe l'oeil. The choir loft floors were made of Philippine molave (though Ivan wasn't sure what kind of wood it was). It's huge buttresses used as altars double as structural support during earthquakes.

The adjacent museum houses and protects a sizeable collection of religious icons and images numerous ones trace provenance from my hometown Paete in Laguna. This structure also houses the tomb of Juan Luna and was the site of the surrender of the Spaniards to the Americans after a mock battle.

Ivan, our guide, is chatty tour guide though he prefers not be called as one. He's one of the best guides we have. Visit his site here. 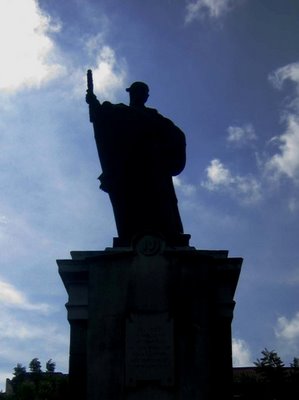 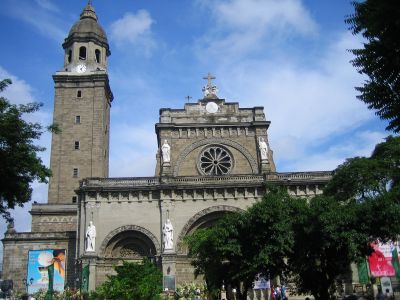 The Manila War marker at the back of Manila Cathedral 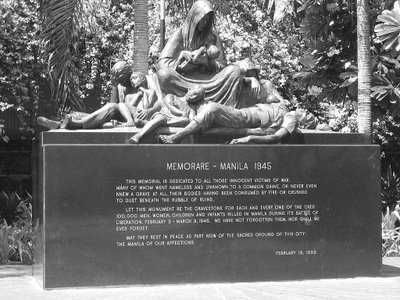 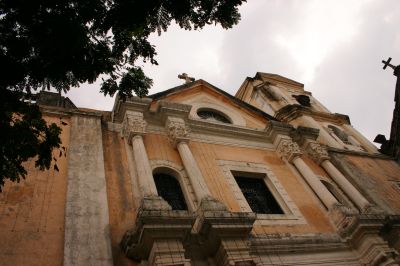 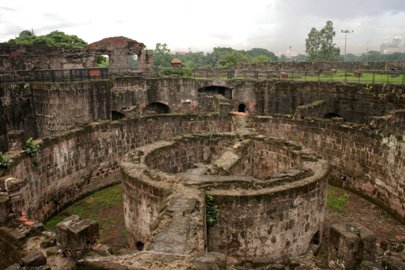 the kalesa along the ruins 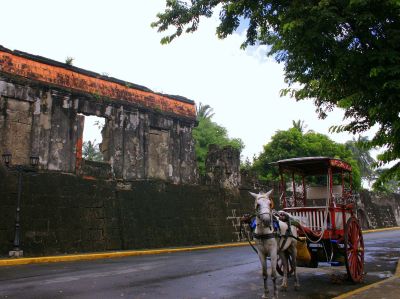 tee off at Intramuros 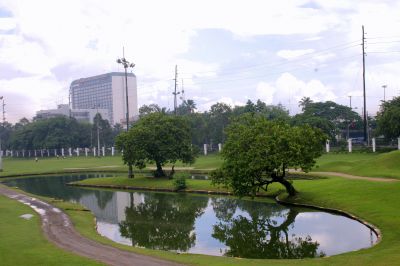 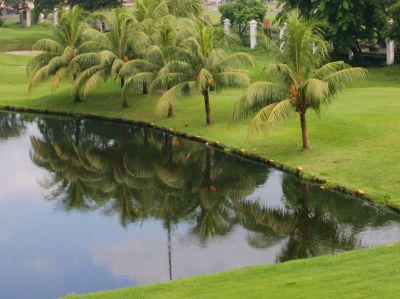 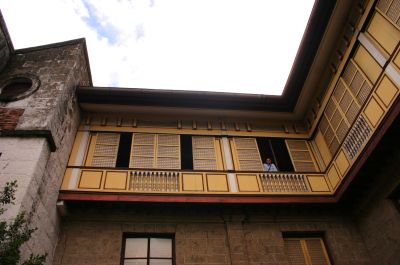 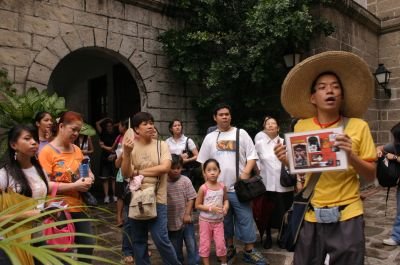 Finally, for those who still don't know how a Nilad tree, from where Manila got its name, looks like: 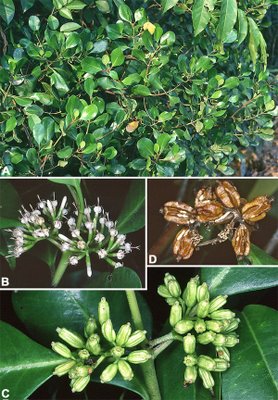 UPDATE: Ambeth Ocampo in one of his columns remarked there is not such thing as Nilad tree and that Manila was already named Maynila even before the Spaniards came.

All photos except the Nilad are all property of the author.