Definitely much better than the bibingka of the big city: Paete's bibingka made of galapong, young coconut, and salted egg cooked in clay pots with the top also heated as shown below: 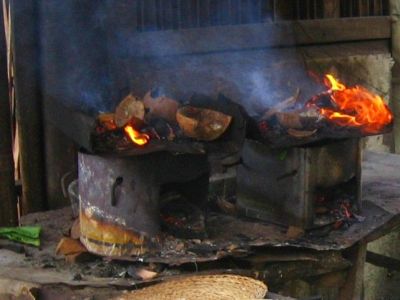 the bibingka: serve hot with butter 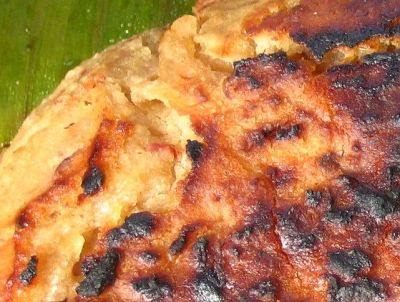 bibingka vendor at the Paete public market near the national highway. 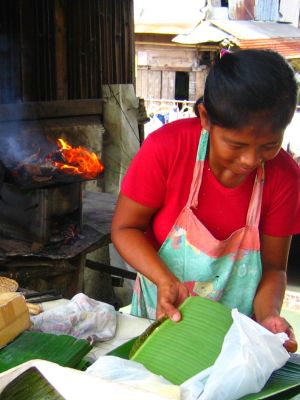 if you knew Paete to be just the town of carvings, lanzones, and moving saints during Holy Week, you're missing out on so many things.

Other versions of bibingka include bibingkang abnoy of Pateros made from unfertilized duck eggs with rotten smell, bibingkang itlog (the less foul-smelling version in Laguna).

Psst, don't forget the shingaling! Tasty! I don't remember you tasting your versin of bibingka. :(
paete should be a major tourist draw.

we don't call them shingaling like those peddled in Calamba. Call them "mayklu". My brother's friend who also visited Paete called them "pritong pancit" ehehe

Looking for bibingka recipe got me here.
Your bibingka capture makes me want just that kind of bibingka. Too bad, too far away from Paete.
Do you have the recipe?

anonymous, will ask around for the bibingka recipe (galapong is rice flour) with buko (young coconuts) and sometimes with salted egg cooked in clay pots and cooked in traditional charcoal smoky flavor