In 1898, The Spanish-American war broke out and spilled into the Philippines then a Spanish colony (this war was triggered by an explosion of the USS Maine while anchored in Havana blamed on the Spaniards but later investigations turned it was just an accident)

on the first of May of the same year American fleet sailed into Manila bay, engaged and sank floating antiques called the Spanish navy, marking the day the US became known as a naval power.

This day in history, the Americans, led by Admiral Dewey who's been blockading Manila since March, captured El Insigne y Siempre Leal Ciudad (Distinguished and Ever Loyal City) from the Spaniards.

Fateful day was marked by the bombardment of the Spanish bulwark, Fort San Antonio Abad whose walls are still visible within the walls of the present Central Bank complex near the Metropolitan Museum 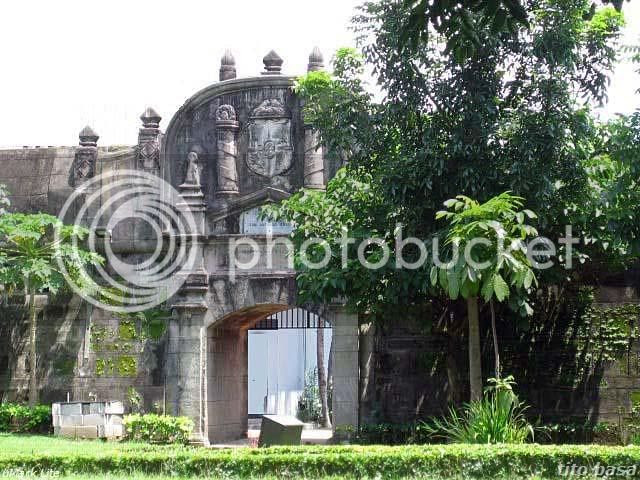 details of the old wall 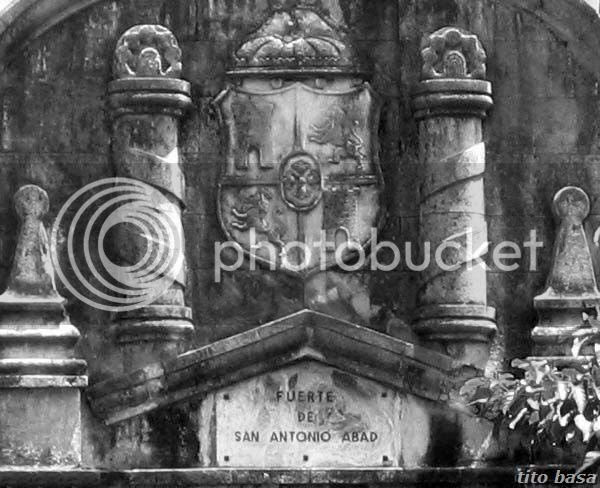 after capturing the said Fort, the Spaniards capitulated (later found out to be a mock battle for the Spaniards not to lose face should they surrender to the Filipinos)

picture of Fort Santiago entrance in Intramuros with the Spanish insignia and St. James (San Santiago) 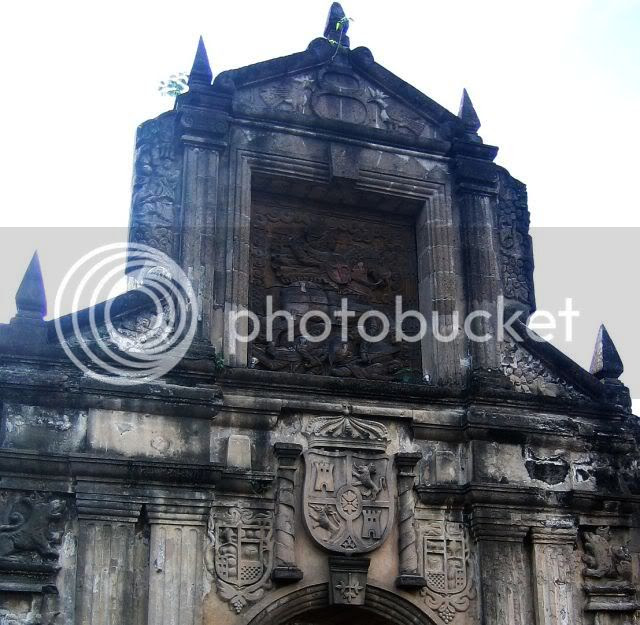 Sadly, this is a day long forgotten by history-challenged Filipinos.

A few months later, the Philippine-American war broke out when America fulfilled their manifest destiny and turn their nation of the free into an empire enslaving the Philippines and killing about 200,000 Filipinos, mostly civilians, in their plan of benevolent assimilation.

Great pictures of the Forts - it was pretty disgusting how the USA took the Philippines -
and there was no excuse for it - but of the
three colonial interventions (Spanish, American and
Japanese - lets not count the British in Manila)
which do think was worst?

imho, the japanese was the worst of them all...they have an honorable mission but the implementation led to the horrors of war