After many failed attempts to join Carlos Celdran's tours, I finally found the chance to join him in a journey of rediscovery through the old districts of Binondo and San Nicolas on kalesas (horse-drawn chariots of Manila). We met up at Basilica Minore de San Lorenzo Ruiz commonly known as Binondo church. A motley crew of an Australian, French, balikbayans from NY and myself completed formed the eclectic group who joined that day.

As with all other tours with comic Carlos, we sang the Bayang Magiliw (Lupang Hinirang) to boot at Plaza Ruiz then hurried to our kalesas-in-waiting to tour us around the old districts of San Nicolas. 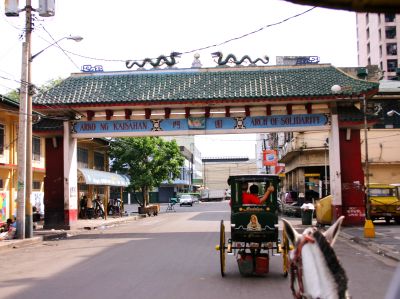 Meandering through the streets of San Nicolas in our horse-drawn chariots, countless houses reminiscent of a long gone era are in various state of decay and neglect. Some already demolished or ready for demolition. Carlos made us entered one of the decaying buildings where an entire barangay (hyperbole that is) considers their home yet the usual notion of the place as stinking or reeking of unwanted smell is absent. Learned later the proceeds of our donations will buy "rubber items" for those indigent souls. 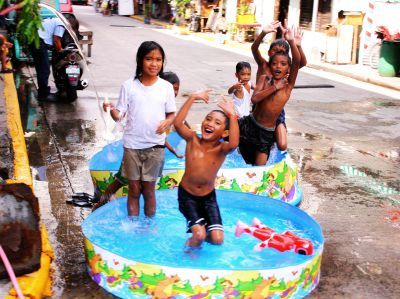 We rode again our kalesas and took us to the north bank of the Pasig River turned into a linear park buy the present mayor of Manila. It's here where the El Hogar Filipino building, a magnificent beaux arts building by Irureta Goyena stands forlorn. The ground floor of the building is flooded but the dank smell of the inside is bearable. This building is familiar to the youth of today as the site where contemporary music videos were shot. Beside El Hogar still stands the old headquarters of Hongkong and Shanghai Bank but also in a sorry state. 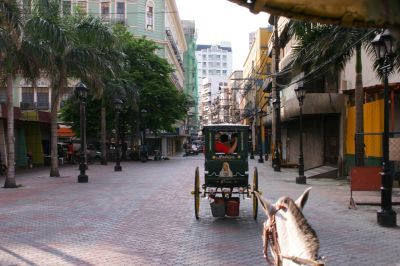 Continuing our journey, we can see the beautification of the present Manila mayor by clearing the banks of the Pasig of informal settlers, brick paving of the road, planting trees and putting up lampposts making them linear parks ideal for strolling. 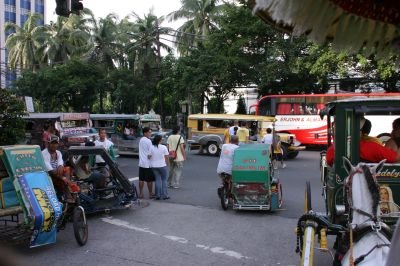 Passing by Escolta and up to Carriedo fountain in Sta Cruz, the fountain was dedicated in honor of Don Francisco Carriedo who donated money to build Manila's first water system. 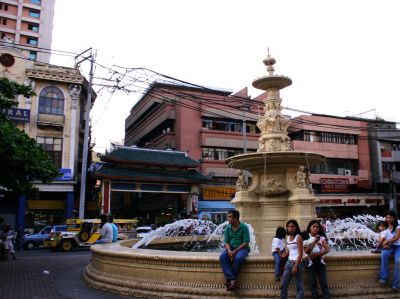 Winding through the narrow streets we ended up on an alley where designer hopias are being sold, then proceeded to a place where Carlos vouched to serve the best dumplings.

Short visits to a Chinese temple on Kipuja Street, a detour at Eng Bee Tin, sample of old-fashioned chocolate factory La Resureccion then finally back at Binondo Church completed the tour. 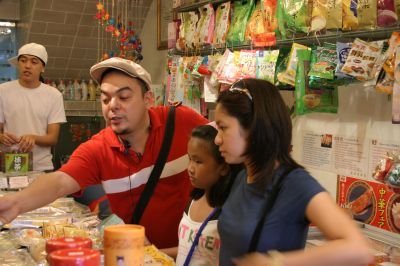 Wonder why I didn't mention the names of some places we visited? It's so that you'll check Carlos' tours out yourself! 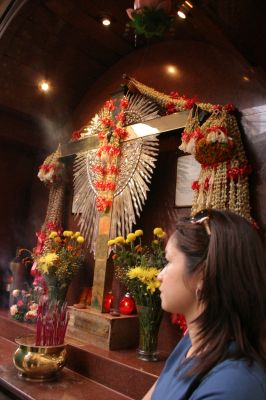 Carlos is really good! I did one tour with him last year. Should go on another tour soon. Want to have a good laugh again.

Looks like an exciting tour on calesas. Info me up again if by chance you'll go on another tour :)