Bulacan: The Historic Biak-na-bato Caves: A disaster Waiting to Happen

It was supposed to be a photo contest organized by the Bulacan PPAO (meaning escaped me, sorry) announced in one of my numerous mailing lists on a Friday. Deadline of submission of application was the following monday so I hurriedly accomplished the forms.

Visiting the historic Biak-na-bato was foremost in my mind; this opportunity would make me fulfill that wish for free.

My friends and I arrived at the Bulacan provincial capitol in Malolos just a few minutes off the announced time but it turned out we had to wait, as always, for the other participants and organizers to show up. We expected a battalion of photographers but it turned out the organizers lacked the information drive so was only able to reach a handful of people.

After almost 2 hours of waiting, we, numbering around 22, were herded into vans that transported us to San Miguel town we found out are so far from the capitol and encountered traffic along the way and passed by fields and unpaved road going to the national park used as a hideout and camp of Gen. Emilio Aguinaldo during the Filipino-American war.

Arriving at Biak-na-bato, we were briefed by the organizers about the trip and divided us into groups according to our preferences on where to go and take pictures. I readily noticed the guides' "brilliance" in estimating distances since they always talk hundreds of kilometers to trek towards certain destinations which only superman can cover in a matter of minutes or seconds. Being human has it's limitations; the guides should've studied the true distances only a few kilometers instead of hundreds.

We first toured the park leading to a bridge, streams, pahingahan cave (resting place in Filipino) and Bahay Paniki (house of bats). Guides kept on telling stories of the cave where Gen. Aguinaldo allegedly signed the Treaty of Biak-na-bato in 1897. Such claims by the guides were erroneous since the treaty was never signed in those caves but in a hut outside the caves. The caves merely sheltered the Katipunan, whose various chambers and passageways, forming a labyrinth, is a deathtrap for any unsuspecting enemy to enter.

Biak-na-bato treaty provided for the surrender of Gen Aguinaldo and his followers, amnesty for those who joined the rebellion, plus pocket money to be exiled to Hong Kong. But even after signing the treaty, the rebellion didn't stop, fighting continued and the money paid by the Spanish government were spent to buy arms. The war continued at such an opportune time when the Americans came with the ships of Dewey...the rest was history.

What picqued me on seeing the historic park was the government's disregard of the ecological disaster waiting to happen when quarrying was allowed, despite it being declared a protected national park. The following pictures will tell you why: 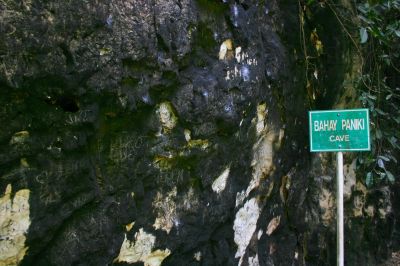 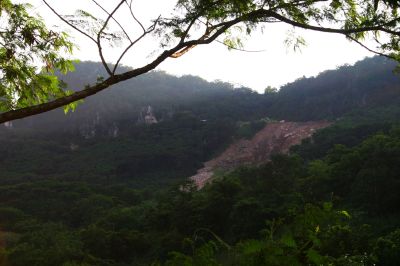 the desecrated side of Mt. Manalmon blasted away by dynamite in search of the precious marble 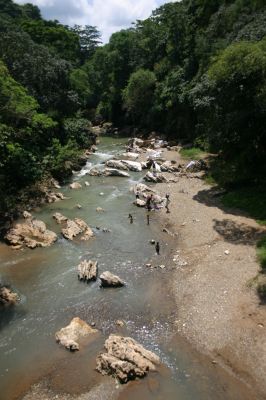 a river runs thorough it 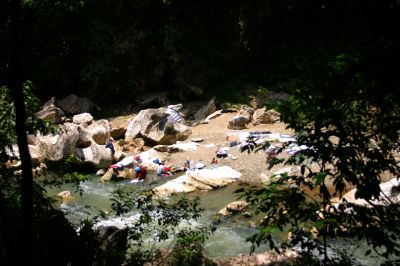 aren't people supposed to stay out of protected reserve? even washing their clothes can ruin the water...tsk...tsk...tsk 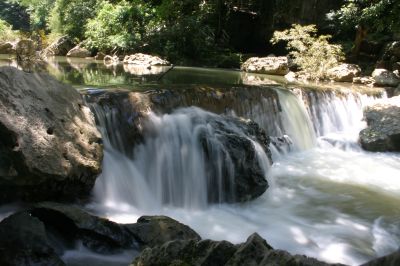 a shoud've been nice photo if not for the bad lighting :( 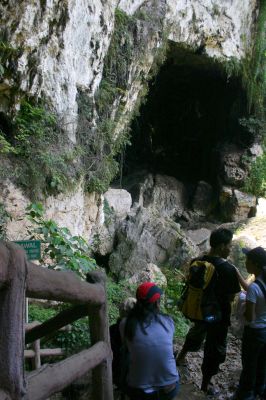 the bat cave. wait until 5pm for the friends of the Dark Knight to come out

Citizen of the World said...

Look at it from the bright side. There is beauty here to preserve and keep. If more people act, then attention might just come.

Thanks for dropping by my blog and leaving a comment! I already linked to your blog even if I haven\'t asked permission yet. I hope you won\'t mind. :-)

Hey Tutubi, the same thing happened at the Manalmon Cave. The desecration, I mean. Going to Mt. Manalmon, you have to pass through the Manalmon Cave which is really more like a tunnel because you go through it. There's writing everywhere. Despicable.