Mountain Province: How to Get to Sagada: Map, Bus Fare, Tour Itinerary, Places to See

Some sort of slightly unplanned trip, or so it was, that we had to buy our tickets at Victory Liner in Cubao and for the Baguio-bound bus rather than the faster and shorter route via Banaue Autobus but we made it since it's a season where many tourists flock to Sagada.

I was afterall travelling with Ferdz, the man behind Ironwulf.com and co-moderator of Explore Philippines Yahoogroups-- the prolific blogger, backpacker and photographer that he is!

Our trip to Baguio was a breeze arrived early in the morning when the cold foggy air of the city of pines welcomed us. We proceeded to the Dangwa bus terminal ( the namesake of the strip in Manila famous for dirt cheap flowers) to catch our connecting flight to Sagada via Lizardo Trans

The bus ride took us around 7 hours of dusty, unpaved and tortuous road on Halsema Highway where every turn of the long and winding road made us hang on to dear life wishing we won't fall down the valley below---after all Halsema Highway claims to have the highest point of the Philippine highway system.

Arriving in Sagada 7 hours later and still breathing, we jumped out of the the non-airconditioned bus to inhale my first lung-full of fresh Sagada air-- the tutubi finally flapped his wings in Sagada!

We checked-in at Sagada Guest House where we only shelled out P150 per night with communal toilets typical of backpacker inns and after eating we went immediately to explore the sights. ‘Twas my first time in Sagada, a wish come true, and it was Ferdz’s second or maybe third. 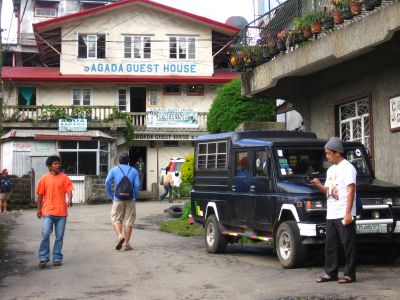 We went to usual Sagada attractions with Ferdz as my able guide: Echo Valley, Big Falls, Kiltepan, Lake Danum (a disappointment), a tour of its various villages, hanging coffins and the virtually unknown Festival of Lights. 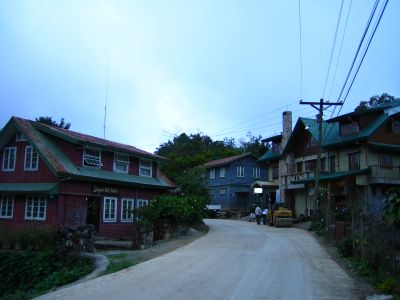 the newly-paved Sagada road with Sagada Weavers in view 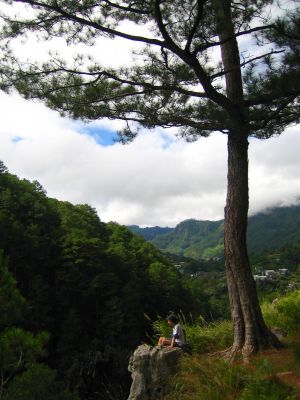 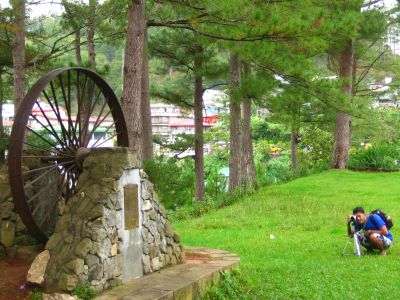 Ironwulf tinkering with his shutters 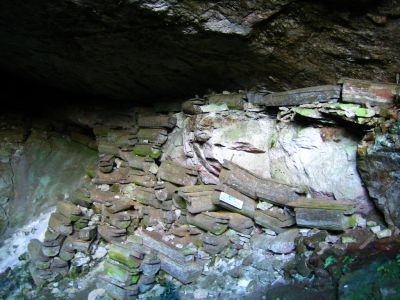 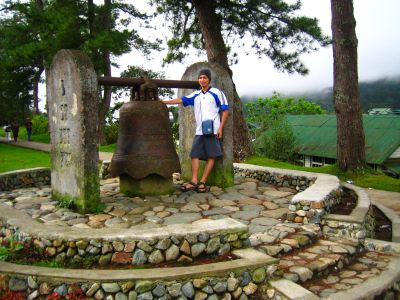 for whom the old bell tolled? 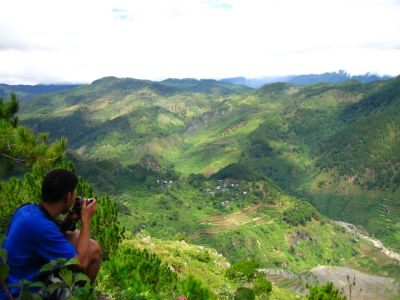 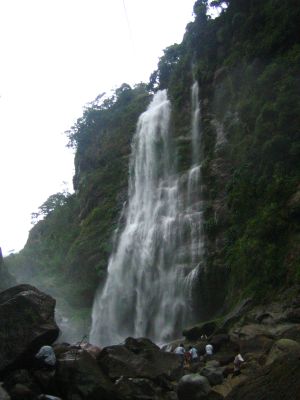 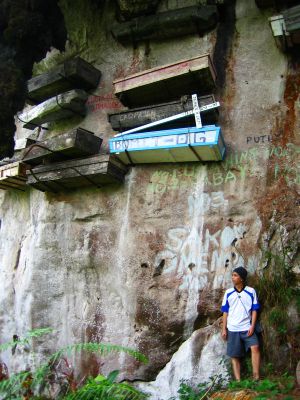 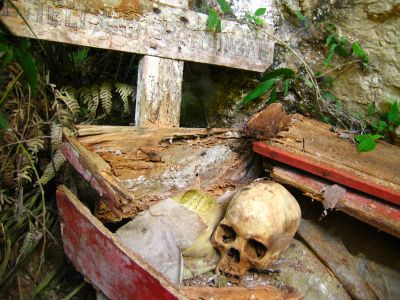 The Skull, the one we found in Echo Valley where we also met Manny, another co-moderator of Explore Philippines yahoogroups. Ferdz even re-arranged the skull to have a better "pose" ;) 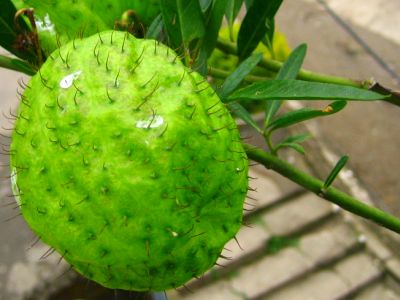 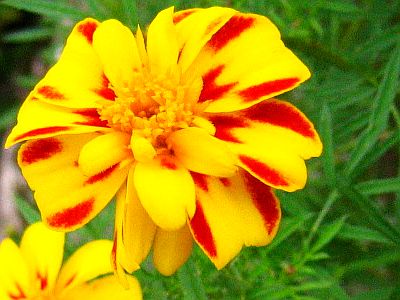 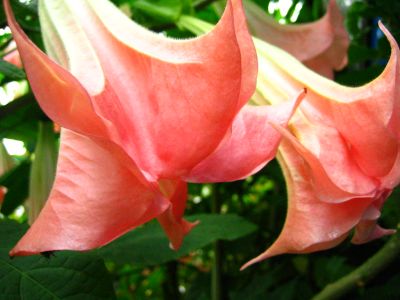 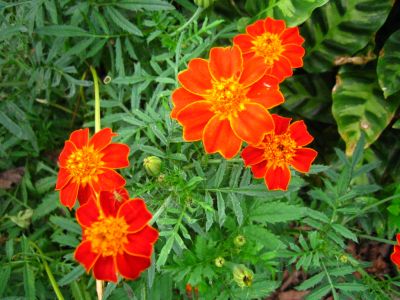 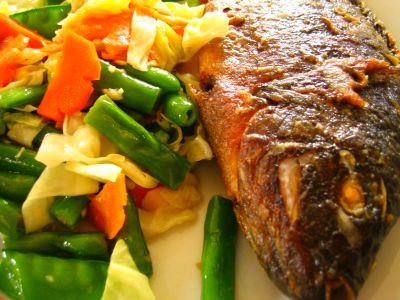 the tilapia- a prized find high up in the mountains 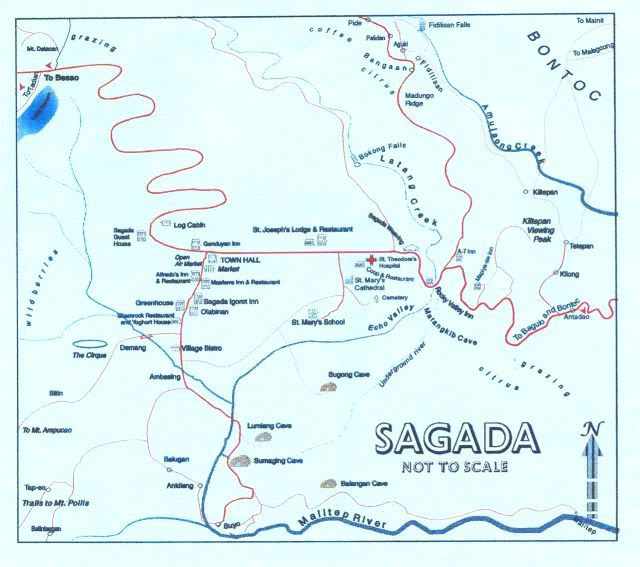 You can just drop in and inquire once you get there. You need reservations though on peak days. The hospital opens its doors to people without a place to stay.

How to get to Sagada:

Sagada can be reached in two ways: commute via Baguio for a 6 hour bus trip of Lizardo Trans at Dangwa Terminal passing through Halsema Highway; and via Banaue after a two hour jeepney ride.

It seems you got it all!
Nice pics!

Nice pics. Any shoot this long weekend end of the month? :D

one year in the making this blog post :) no plans yet for the long weekend...perhaps we can "synchronize" again on those dates :)

ferdz, let's hook up again at least we both have the same camera na

eric, i want to go back there. such a lovely serene place and unique here

manny, baka magkita na naman tayo dun in an most unexpected place. Will let you know next year

nakasama mo pala si fafi ferdz! quite an experience. thanks for sharing the tour and we will be going there on the 18th with a fellow photographer. great pics!

You traveled with Ferdz?! That's cool.

Im involved with a backpacker resource site as well - but it's destination-specific. It's http://visitsagada.com :p

A Scientist in the Kitchen said...

I love this place!

hmmm...planning to go there this holy week

thanks for the tips.. will definitely check Sagada next week - http://www.grasya.com

Really nice post and images--but--it is really culturally not acceptable to touch or move the remains of the ancestors.

Hi! We've been to Sagada last week for 4 days and 3 nights. We brought our own car (Sportivo). Left Manila around 1:50AM and arrived Sagada at around 1:30PM via Bontoc. We had 4 pit-stops - 30mins per stop on the average.