From Lido Panciteria, we again walked towards the other end end of Ongpin where we momentarily visited the Taoist temple on Kipuja street since we were turned off by the arrogant sekyu of the place.

We rode a jeepney to take us to UN Avenue and hailed a cab since I don't remember where exactly was the cemetery (this is unplanned remember?) and shortly found out it's just a walking distance from there exactly at the corner of Padre Faura and General Luna. 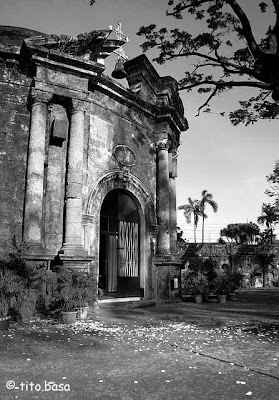 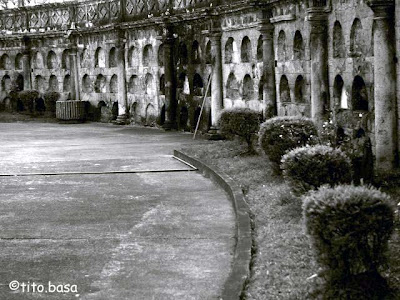 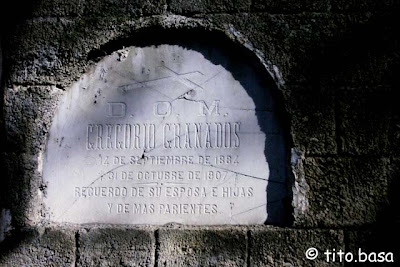 This place is of great historical importance due to the little known fact that Jose Rizal was buried surreptitiously here after his execution and his remains were only transferred to the present Rizal monument at the Luneta when the Americans came.

Another notable fact is that the remains of the 3 martyred priests: Burgos, Gomez and Zamorra, garrotted in 1872, were also secretly interred here.

How to get to Paco Cemetery, Manila:


The park can be reached on foot, a mere 400 meters or so, from Taft Ave coming from Padre Faura. The nearest LRT station is UN Avenue. Paco Park entrance fee is only PhP5.00. Taking pictures/photography is not allowed unless with special permit. Weddings at Paco Park, please get in touch with paco park administration by visiting their officieal website or calling contact number

I didn't know that Jose Rizal was first buried in that cemetery,cause I don't really pay attention during our Social Studies class. Thanks for the info.

From what I understand, during the 19th-century, those who died from communicable diseases, insurgents, or non-Catholics were not allowed a burial plot in the North Cemetery. They were relegated either to the Chinese or the Paco cemetery.

Ooops, I meant those who died from communicable diseases or were deemed enemies of the state (insurgents or non Catholics)....

You should be doing your own tours by now! Cguro there a room for more walkers like yourself. Hehe. Magandang sideline din yan pag weekends

Beautiful, beautiful shots. If only I can take shots like these.

Cheers! Will visit this place soon. :-)

I love these shots. I love the black and white :) Keep it up!

Paco Cemetery was owned by the Dominican Order and it was a Catholic Cemetery during Rizal's time.