Turning right from Escolta, we reached the Filipino-Chinese Friendship arch on Paredes street beaming with the bright color of Christmas. 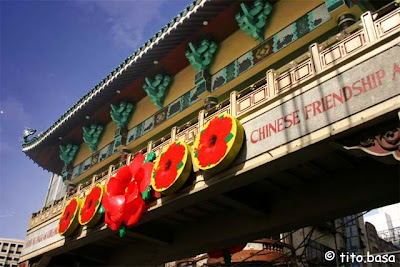 Crossing Paredes towards San Gabriel Street still stands the old headquarters of Hongkong Shanghai bank and beside it is the beautiful beaux-arts building El Hogar Filipino forlorn at the end of Juan Luna (formerly Calle Anloague where the house of Kapitan Tiago of Noli me Tangere once stood). El Hogar is now a location of choice for shooting music videos and commercials made to look like Europe and NY. 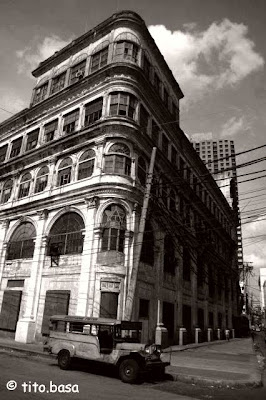 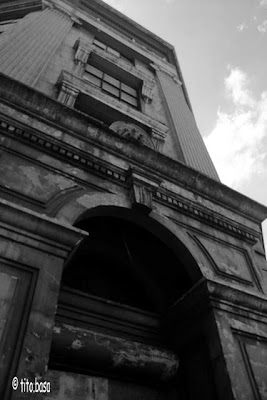 Changing direction towards the other end of Juan Luna (where the house of Jose Rizal once stood at the corner of Andrade street) we arrived at Plaza Ruiz fronting the old Binondo Church. Ferdz and I took pictures of the interiors at the choir loft when nobody's looking :) 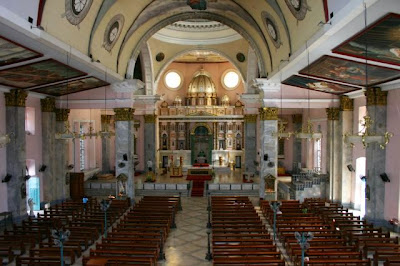 Since it's already 12nn, We decided to eat at the Estero eateries that Ferdz called some sort hawker style again reminiscing his Singapore sojourns. It was only Ferdz who took pictures of the food since I really don't like food photography when I'm hungry.
We continued immediately on our journey walking towards Alonzo street where we made a pitstop at Panciteria Lido to sample the sought after vaccum brewed coffee. 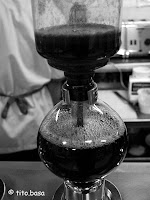 The vaccum brewed coffee making apparatus was like a chemistry experiment with two flasks joined by a siphon with filter. The on top contained the ground coffee beans while the bottom flash containing water was heated by a flame. When the water is brought to a boil, the rising pressure will push the water through the siphon and filter into the top flask containing the coffee beans. Extinguishing the flame below will force the coffee mixture again to the bottom flask through the filter. The resulting coffee is indeed smoother than others I've tasted mostly done using the drip brewed style.

We stayed at Panciteria Lido for 1.5 hours just to avoid the heat of the midday sun. For those who are directionally-challenged or are too lazy to drag their feet to Binondo, Panciteria Lido has another branch on West Avenue in Quezon City.

Is it bawal to take photos inside the Binondo church?

dylan, it's not bawal but maybe going up the choir loft is :)

iskoo, that setup really is like chemistry experiments again...I miss that part in school

so i was right in the 365 photo of your :)
i'm connected with a financial company though I used to have electronics as a hobby that;s why your company's logo won't escape my eye :)

It makes me sick.

I like the old elevator at El Hogar bldg./ I rode them back in the late 70's.