Manila: The People of Pasig River

Taga-Ilog: people living on the river. Using the origin of the Tagalog ethnic group.

Miguel Lopez de Legazpi must've seen villages like this in 1571: 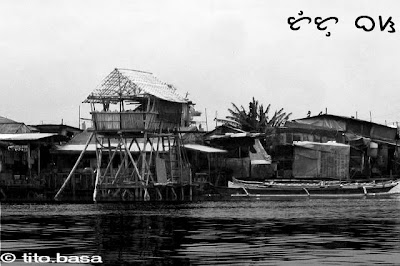 but now the area is inhabited by informal settlers (nationalistic?) living in squalor of Baseco Compound and Parola, usually a haven of some squalid people . 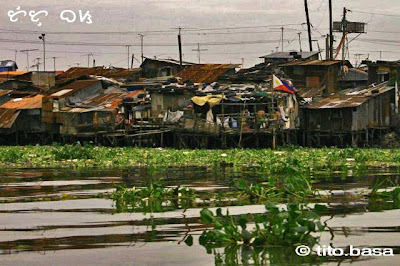 ferry servicing crossings are plentiful like this one locals call tawiran in Punta, Sta. Ana, Manila 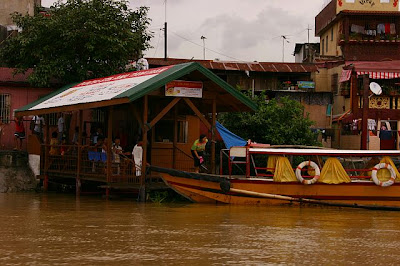 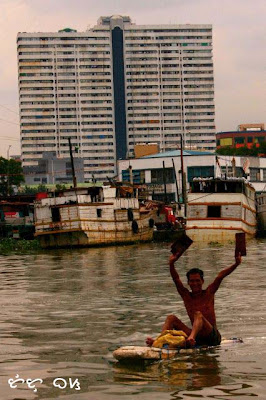 to complete the picture, people still know how to have fun amidst grinding poverty. Take a refreshing dip in the polluted river.

and who told you the once beautiful river is dead?

To me, whether it is polluted or not, it still is beautiful. After all, it's part of God's creation.

Since your into DIY here's one
http://abetterbouncecard.com/

such shocking pictures. they show the stark reality of many people living in manila. =(

stark as it may seems, we Filipinos still manage to smile amidst this poverty...and you've captured it well in your last image. The Philippines has one of the countries with high happy index. isn't that great?

Very interesting series. Nice documentation.
I always dreamed to do a cruise on the Pasig river. I might give it a try tomorrow with the new Pasig River Ferry.

Rejoice, rejoice! Heard in the news the other night that a ferry system will finally operate on the Pasig River. It's supported by the MMDA and the Office of the President.

Sana the commuting public will embrace it. I think it's a BIG step to cleaning Pasig River up. The more the public uses it, the less the public will desecrate it.

I agree with Racky. May pag-asa pa.

yes someday, pasig would be clean again. hopefully in our lifetime

tama ka. they'd just "cruise" to the opposite bank than ride a roundabout jeep

the river's rehabilitation may be slow, due to financial constraints but it's moving

thanks for visiting. I do love to tinker with things. Already know that site you mentioned but I don't have a use for that one yet-- i don't have a flash. I only have a basic DSLR :(

yes. poor people that we are but always smiling. don't know why

I'm also waiting for the opening of the ferry system. will ride and tour again

there's always hope like what remained inside Pandora's box :)

i'm no pro photographer :) thanks for the compliment

yes. the system will open soon. I blogged about it last year

malilinis ang pasig if the city can have a modern sewerage system and the environmental laws enforced.

i remember once there was a plan to inundate Laguna lake to hold water then use it to flush the Pasig river but didn't push through. much too unpopular and costly

Wow!! Sana nga malinis na at ma-ayos ang Pasig River. Lots of examples where rivers are the lifeblood of cities - London's Thames, Paris' Seine, Florence's Arno, the Danube that crosses a number of countries, even Melbourne (Australia) has the Yarra River!! I'd really like to see the Pasig be a focal point for tourists and residents alike, just like it was a long time ago. Great to see it being used for transport already. Kung malinis lang ang tubig at ang surroundings eh okay na!