It's another unplanned exploration I conceptualized on a typical boring saturday. I thought of asking some of my friends/co-bloggers i.e. Resty and Ferdz and made the following Sunday an adventure-filled one.

We decided to re-visit the old Marikina Shoe Expo in Cubao (Cubao X) of which Carlos Celdran always raves about.

What we found were antiques stores (Heritage) that sells even old photographs of stars of a bygone era, memorabilia, old records (LPs, 33s, 45s if you know what they are) items that were hip and trendy a long time ago, vintage and hard-to-find books at Datelines bookstore and an old Italian "legend" restaurant: Bellini's.

What caught my fancy was really a hip and artsy store: Chunky Far Flung selling vintage toys, anime stuff and other stuffs very appealing to yuppies of today.

The store attendant allowed us to take pictures when we asked her. 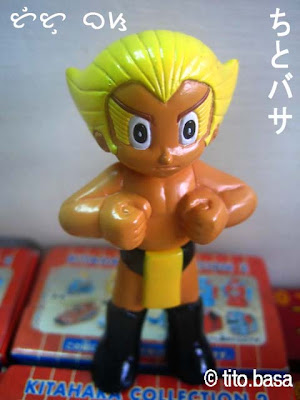 for those children of the 80s, didn't you cry when Astroboy died? :) 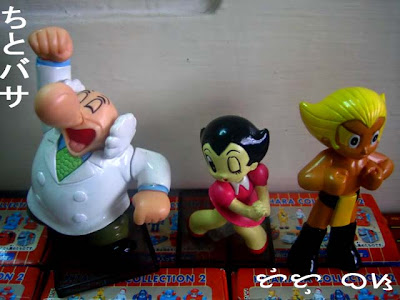 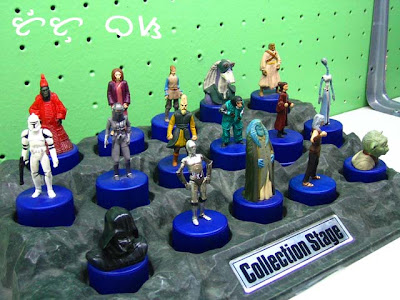 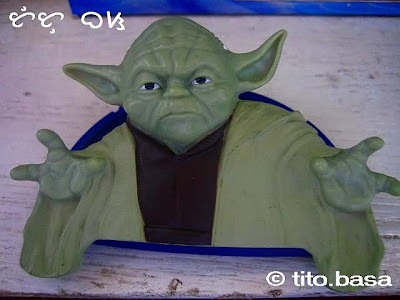 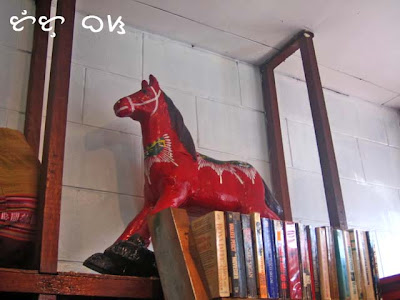 now, here's something I haven't seen for a long time: a horse papier mache from Paete! 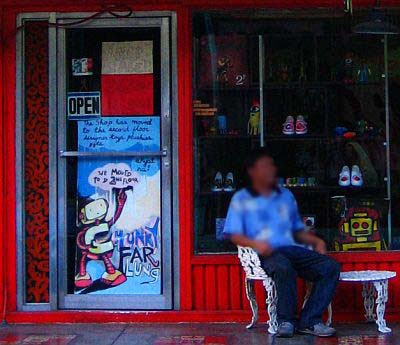 In Cubao, there's always something new to discover not like in elitist Makati!

During my childhood,I yearned to have some of these toys but I don't have money back in those days. What i have then was a vast playground comprised of Laguna lake, Sierra Madre mountain and ricefields that I, learned later in life, wouldn't exchange for the toys of today with its fleeting enjoyment.

Now that I can afford them, I still prefer to commune with nature; problem is that my once vast and clean playground is now disappearing.


All pictures taken with my Canon Ixus 30 point-and-shoot camera. The owners of Vintage Pop and other stores didn't allow us to take pictures inside when we asked them to.

How to get there:
It's just walking distance from MRT Cubao-Araneta center station and LRT II Cubao Station. The expo is at the back of SM.

Hi Tito. I've always been meaning to visit this place again ..before it is totally extinguished by new developments in the area. Maybe one of these days...:)-ajay

i've been planning to go to that part of cubao ever since i've read about it in a magazine. i remember my mum buying a pair of shoes for me at the shoe expo.

btw, i noticed your name in japanese is written both in hiragana and katakana. ^^

I should visit Cubao once again. It is more than a year that I was there. I have no idea where Cubao X is located but it sounds like a cool place!

ajay, i will visit cubao again to document something. was there last kahapon but only at starbucks (with their ubderpricey coffee) to meet some freinds.

some hiragana and katakana characters are similar. katakana is used only for foreign words. I studied japanese and spanish in college :)

kyels, so nyou too is into astroboy

sidney, nice meeting you and eric yesterday but we have to leave early since i need to meet my friends in cubao

Tutubipatrol! Uy thanks for dropping by my blog. Appreciate it.

Just last Wednesday, nasa Cubao ako with an officemate. Orientation for a job fair at Gateway mall last Saturday. Anyway, I have some copies of Real Living Magazine and this place called Cubao X was featured there. Andun na kami, pero di namin mahanap yung place! We asked guards where Vintage Pop is, di nila alam. I didn't realize I should have asked for Marikina Shoe Exchange instead. So near, and yet so far.

Haven't been to Cubao for a looong time. About time to vist the place on my enxt vacation :)

I heard Marikina will someday be a stop of the Pasig ferry.

It was fun meeting you at the Quiapo Events!

I'll check out that PDI Opinion you told me the other day. Thanks!

Kudos, Tito, for writing to PDI about it!

cool. ^^ i only studied how to write in japanese coz of anime. i can write my name in both katakana and hiragana too. had some help from a J/I (japanese interpreter) from PAL =)

You are so right that the best playground is nature itself. Kids nowadays don't realize that because they are lured by all these hi-tech toys.

My kids also have a collection of Star Wars toys. I told them to take care of those toys because they might be worth big bucks someday. They're all in one container now.

Cool! I remember seeing a Batibot episode when I was a kid showing how they made those papier mache rocking horses. fun fun fun!

I loved astroboy when I was a kid and I'm so loving the reruns they do on cable. (I didn't know he went Blonde? hehe)

I must include this in my itinerary next I go anywhere near Marikina.

I heard that Chunky Far Flung is about to close already. I think it was artist Mark Salvatus who left me that comment on my blog.

I also covered MAREX last year in SUPERPASYAL and i really wish to come back because I have yet to take photos of Vintage Pop\'s interiors. Hirap kasi hulihin na bukas siya.

BTW, remember that you asked me about where to buy Kris in Quiapo? Wala. I was in CDO last weekend and I saw lots of Krises there (yeah, the sword not the actress). An antique with a belt would set you back by Pho 15K while the new ones (at 5 feet long or thereabouts with a sheath) would cost around Php 2K - 5K depending on the quality.

Oh, so you weren\'t allowed to take photos of Vintage Pop\'s interiors pala.

This may be because artist-director Bong Salaveria doesn\'t just sell vintage stuff. He also has original artworks in the shop so maybe for the sake of keeping them original (hence away from the eyes of copycats), he decided not to have photos taken of his shop. Understandable, methinks.

Watson,
arigato din for returning my visit. Cubao X is near Ali Mall near the manmade "lake" :)

bw, vacation everyday all the time is the best...dream on!

eric, nice meeting you too. you didn't expect me to look like this, heh? you expected i looked more like a "heritage" homo sapiens due to my historic posts :)

i blogged about the Pasig River ferry last year available here
and yes marikina is included. I more interested in the completion f the Napindan terminal near Laguna lake and the plaza mexico endpoints. at those ends, the Parola won't be visible :(

Carlotta, you can only write your name in Katakana and not hiragana since katakana is reserved for foreign/borrowed words/names. Maybe I blog about Baybayin(alibata) and Japanese Kana next time :)

niceheart, yes, those toys would make you rich someday :)

i'll return to that part when i get the chance. I do all my tours unplanned as in I just text my friends and go with whoever's available :)

superpasyal,
i was in quiapo last saturday and asked around for a Kris near that helmet store Eric blogged. I found several including a long one about 18 inches long willing to give it to for P1500, lowered it to P1200, then P950 but when I did not budge, was willing to part with it for P700. too bad i buying one is not on my budget...the parsimonious tutubi that I am!

Vintage Pop's policy for not allowing pictures is ok with me. Their store; their intellectual property; but not the PSG at Malacanang-- stupid old mindset!

h there tutubi...I reaLLY enjoy reAding your blog~~~ thanks for sharing your thoughts and rants&raves with us.... take care

ms f, so you decided to show yourelf here. I already saw youg blog a few weeks ago, thanks to my good ol' friend google :)

will post more about the foody trail in the coming days

Helo pipol. it's nice to note that marikina shoe expo has been given a new leash in life. I've shopped there for school & lakwatsa footwear when I was in my late teens/early tenties, am now 54 but still a fashionista to the core- my 3 grown children, ages 33, 24 & 17 are my shopping buddies so I'm going to introduce them to this side of cubao. My husband & I lived in nearby Murphy for almost 15 years, hence, our eldest had cubao as her lakwatsa area. By your description, cubao has indeed expanded its orderly chaos. Would love to visit the ukay stores because I'm a practical shopper. I have soo much fun in these stores particularly in Baguio. Hence, I'm checking out Cubao for a nostalgic visit. Thanks for the specifics. Keep on blogging!