How to Get to Corregidor: Tour Rates, Ferry Fare

Sun Cruises, the operator of the Corregidor tour, gets my nod for a well-organized tour starting at the CCP complex where we boarded an air-conditioned ferry. Much of the upper deck of the ferry was reserved for us where films about the war was shown and one of the tour guide will give you a primer of "boring" history that delved too much on facts and figures...how i wish those guys emulate Ambeth Ocampo :( 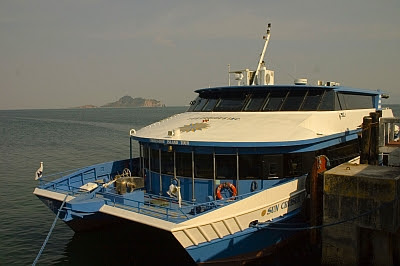 the Sun Cruises II ferry with Caballo Island in the background

All of us were whisked to waiting tranvias as soon as we arrived and passed by four of the most accessible batteries (gun emplacements): Way, Crockett, Geary, Grubbs and Hearn all named after soldiers of Uncle Sam who were killed in the Philippines. 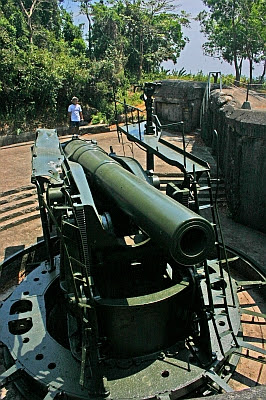 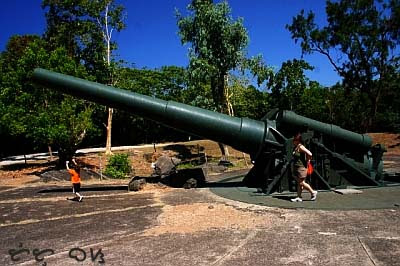 Battery Hearn with its massive 12 inch guns, the largest in the island 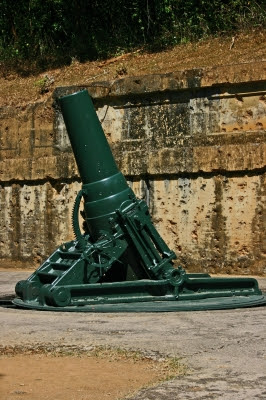 One of the 10 inch mortars of Battery way, one of which was the last one to fall silent before the surrender to the Japanese 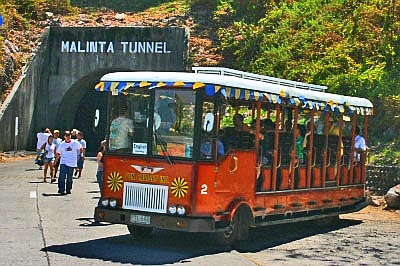 Our Tranvia at the entrance to Malinta Tunnel (entrance cost is P150). Malinta tunnel is a 255 meter long bomb-proof tunnel served as hospital and seat of Philippine Commonwealth where Pres. Quezon and VP Osmena were sworn into office on Dec 30, 1941 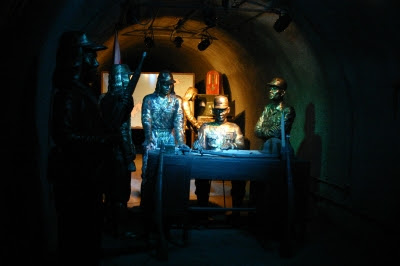 One of the laterals of Malinta Tunnel Light and Sound Show, that I call powerpoint slides, with Japanese Imperial Army 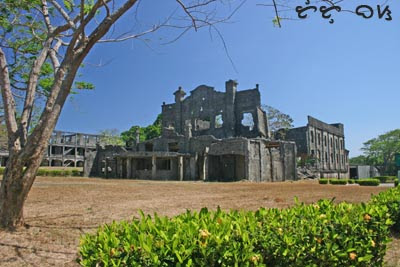 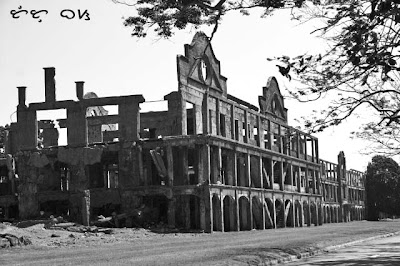 the mile long barracks, the most photographed structure in the island, not actually a mile long :)

How to get to Corregidor Island:

Corregidor can only be reached by ferry of Sun Cruises at the CCP Complex in Pasay City. current ferry fare is PhP1,350.00 per person (no buffett)

yup, good shots of the guns. corregidor gave artillery support to the troops in bataan.

i love the shots of those old structures.

I agree. Too much facts and figures could make a tour boring... almost like a history class. They should learn to zero in only on the important stuff... people would remember better too. Wow, amazing shots! That was really a movie house?

i had a nice corregidor tour last year :) and i really had fun :)

hey! thanks for the cool article.. i was wondering what tour company i should get when we (my family and i) go to corregidor. thanks!

Very nice display here. Thanks for showing me

it was called Mile Long because the first floor to the third floor lengths of the barracks was a mile long if aligned side to side...

The facts and figures will never be "boring" to those who are really interested in the historical aspect of the Corregidor. I've taken the bus tour many, many times, and on all occasions, I found the spiels of the tour guides to be extremely informative and appropriate.