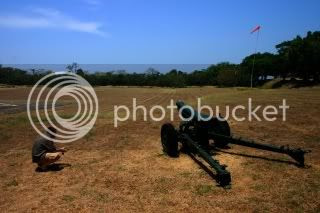 The parade ground with a howitzer on display 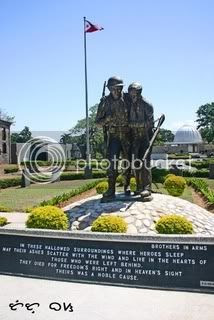 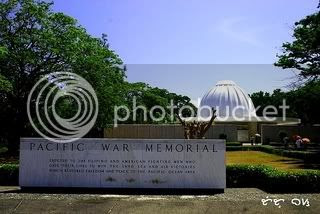 The Pacific War Memorial completed in 1968 dedicated to American and Filipino servicemen. Nearby is a museum of war memorabilias. 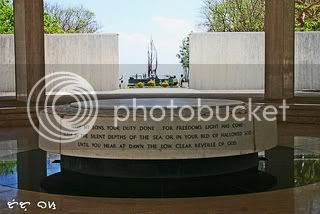 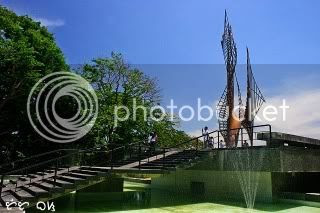 The Eternal Flame of Freedom, a large steel structure, symbolizing the Flame of Freedom burning for eternity. )I wanted to take pictures of this structure at night but my colleagues are so afraid of ghosts and the tranvia is not available.) 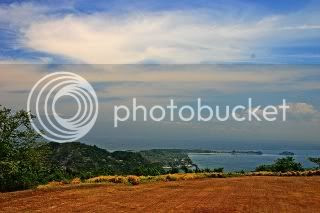 The sweeping view from the platform of the Eternal Flame of Freedom with the tail of the tadpole in sight, the other islands, Bataan and Cavite. (sorry for the dirt on my lens. too lazy to clean it up) 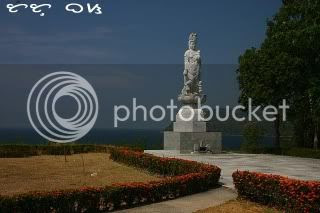 The Buddhist statue at the Japanese Garden of Peace. This garden, used to be the Japanese cemetery, also has a Shinto shrine. 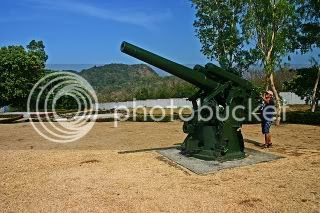 One of the anti-aircraft guns at the garden 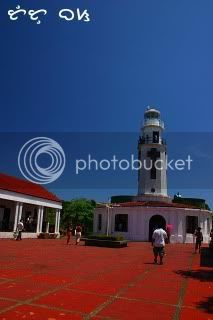 The spanish lighthouse, Faro de Isla Corrigedor (Corregidor Lighthouse), originally built in 1836, the present structure is a reconstruction since it was destroyed during the war. On the viewdeck of the lighthouse is a 360 degree view of the island, South China Sea, Manila Bay, Bataan and Cavite provinces. Isn't it obvious that I really, really love lighthouses? There are many more lighthouses posted here :) 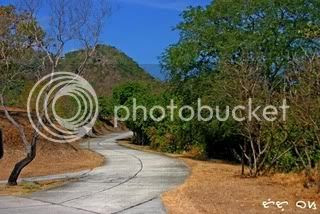 A winding road on the island reputed to be the most heavily bombed place on earth (per unit area) during the war. Note that during the siege of Corregidor, the Japanese dropped tons and tons of bombs from airplanes and borbarded it from batteries in ships, and on the beaches of Bataan and Cavite in present day Puerto Azul.

the pictures are marvelous. i have always dreamed of visiting since childhood. may be the in the future.

ganda nung pics, i especially like the one of the lighthouse. =)

the night tour is amazing too :) kakatakot nga lang hehe lalo na sa old hospital nila during the war... and kapag may 3rd eye ka madami ka daw makikitang japanese soldiers that are still performing their duties during the war :(

Tutubi! I've been in Corregidor in the late 90s. Apparently there were places were were not able to visit, like the Japanese cemetery. Sayang.

Naka-link ka na sa blog ko, Tutubi. My pleasure. Thanks for linking me up too!

May I suggest that you install a site search toolbar in this blog so that we can browse it easier.
By the way, I was able to install a three column template and now in the process of refining it. :)

Checked it again.. You have a technorati site search. Why not modify the google search toolbar to include a site search? You'll earn adsense points that way. :)

i've never been to corregidor or the "rock". now that i've seen your photos of the rock, it makes me want to go there even more.

Ah, I'd better give Carlos a call about his Corregidor tours.

lovely photos! i hope i get the chance to visit and explore the place someday.

everyone seems to have visited the place already. ako di pa :(