Tutubi knows that this has been the subject of numerous blogs already, but here's Tutubi's own perspective of this award-winning building in a nondescript and congested part of Manila where Tutubi used to pass by during his college days (Tutubi lived 10 years in Sampaloc, by the way)

Gota de Leche, which means "drop of milk," was modeled after the Ospedale degli Innocenti, an orphanage in Florence created by Brunelleschi, a renowned Renaissance architect. Constructed in 1917, the building has been the home of La Proteccion de la Infancia, a charitable organization providing free pediatric care and food to poor "people in the neighborhood" of which Manila has so many of. 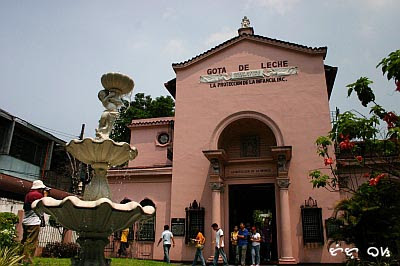 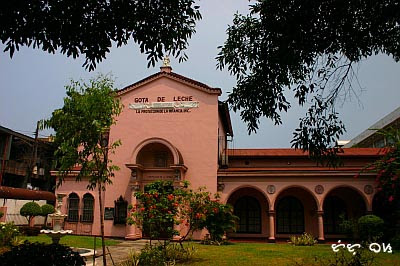 The building has an adjacent arcade with windows that shields the windows, with capiz (mother of pearl) shells, the hot tropical sun. Its architects, Arcadio and Juan Arellano, thus successfully adapted a Italian Renaissance architecture to a tropical setting.(The use of capiz was preferred then to allow light to enter the room, glass was hard and expensive to acquire that time, while the Japanese used paper for the same purpose.)

On the facade of the building are two relief carvings of angels and the words Salus Populi Supremo Lex, familiar Latin words from Cicero's De Legibus meaning "the health of the people is the supreme law" 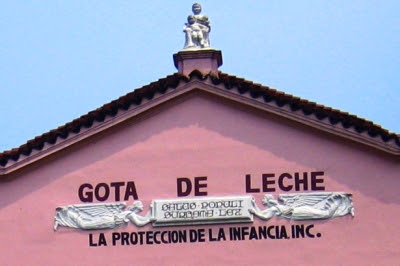 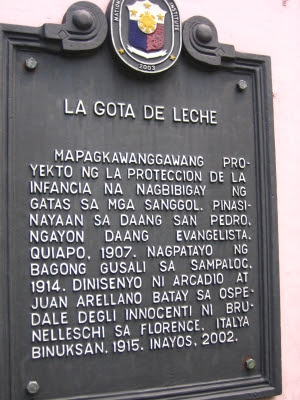 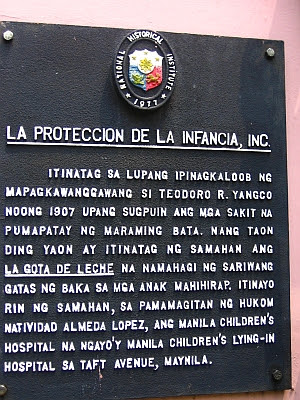 It's for this outstanding work of restoration and adaptive re-use that UNESCO awarded Gota de Leche the prestigious Asia-Pacific Heritage Conservation award in 2003. Other winners of this award were Far Eastern University and Nielson Tower (now Filipinas Heritage Library).

Tutubi's Note:
* unlike present modern buildings in Makati and Ortigas that look like transplanted buildings from New York, made of glass and steel, but not designed for tropical Philippines. Those buildings suffer from high power consumption due to the amount of air-conditioning required. Most buildings here were designed by foreigners not used to designing buildings for hot countries; contracted by Filipinos afflicted either with "National Inferiority Complex" or the debilitating disease called colonial mentality)

the staircase is what i love best in gota de leche.

I love the photo of the corridor. Wonderful!

Compassion for the masses immortalized through the building and those continuing the work. I hope I will see this place also in real lfe.

carlotta, the statircase was too dark for me to photograph. don't have a tripod/monopod with me :(

watson, it's a work of art in progress. hidden inside the city