Just a two after Tutubi shared his time with the kids of Damas Filipinas orphanage in Manila, he again got up early on a Saturday morning to join officemates in giving gifts and cheer to underprivileged children of three orphanages and foundations the fist of which is Asilo de San Vicente de Paul in Manila, Pangarap Foundation in Pasay City and lastly Bahay Maria in Makati. He met up with the group at Starbucks, Pearl Plaza on Valero St, Salcedo Village before hying off to Asilo. 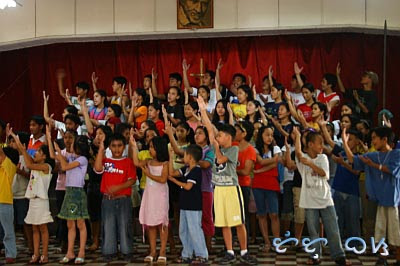 From Asilo the group drove on U.N. avenue passed by WPD headquarters, WHO office, Manila Pavilion then turned left at the corner of Roxas Boulevard, saw American Embassy, the new devoid-of-people Baywalk, CCP Complex, HK Sun Plaza, then left again at Libertad Street. A right turn Taft Avenue with the street filled with people buying or hawkers selling their wares on the busy street and newly-constructed Pasay Mall and Public Market.

The next stop was Pangarap Foundation where former street children are also housed. The children of Pangarap (Dream) performed a heartrending play as if to dramatize their plight before the foundation took them under its foster care. 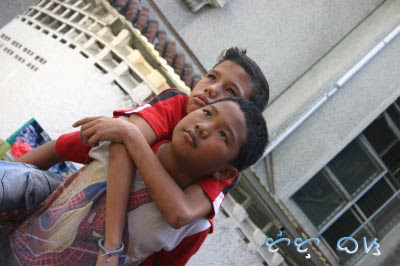 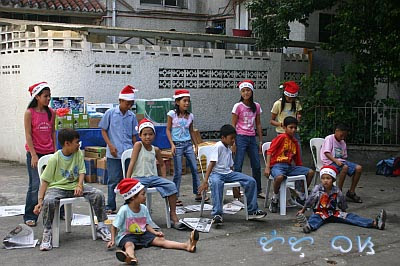 One of the skills taught the children at Pangarap is making art pieces made of candle. This coffee-scented candles can provide a different ambiance to your room or make it smell like starbucks. (You can actually visit the place to buy cheap candle works for giveaway or just helping the foundation and the kids.) 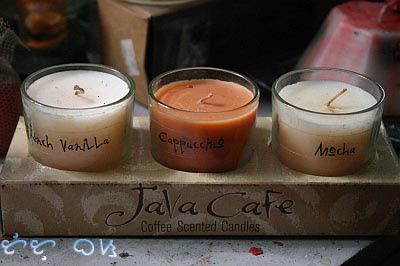 After the brief visit, headed back to Makati via rockwell where the skyscrapers of Rockwell Center welcomed the group to Bahay Maria, an orphanage at the heart of Bel-air 3 village just across Ateneo Graduate School of Business. 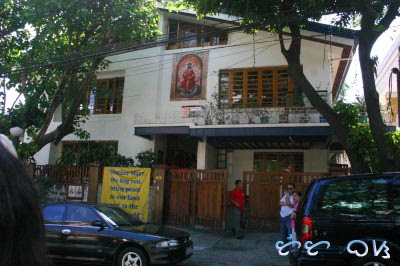 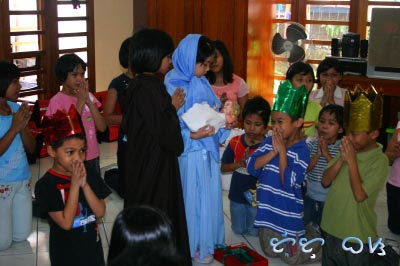 Children of Bahay Maria's version of Panunuluyan, the plight of Joseph and Mary in Bethlehem

After the tiring but worthwhile "joyride," headed to Somerset Olympia near The Peninsula Manila for a well-deserved lunch.

Care to give to the needy? Directions and information on places mentioned

By car: from EDSA Ayala take the Estrella flyover going to Rockwell. You'll pass by Colegio de Sta. Rosa. On reaching the interserction of Rockwell drivewith Ateneo de Manila as landmark, turn left, enter the gate of Bel-air 3 then right at the first street. Bahay Maria is on your left just opposite Ateneo de Manila.

How to go to Pangarap Foundation, Pasay City

The place is just on Taft Ave. near Libertad market. From Makati via EDSA, turn right at the corner of Taft Avenue then make a U-turn. a blue gate plus the foundation's name is prominently displayed at the entrance. Commuting there is easiest via the LRT or a jeepney going to Pasay/Taft/Rotonda from Manila.

Asilo is on U.N. Ave in Manila just opposite Pope Pius XXII center. It's walking distance from LRT UN Avenue station where you'll pass by headquarters of Western Police District.

what you and your officemates do for the orphans is very fulfilling.

btw, how much are those scented candles?

I am sure the children had fun!

carlotta, i think it's around P100, still cheap for the price plus you get to help those kids

kyesl, i was tempted to light upthose candles but it wasn't for sale when i got there. it's kept on the upper floor where they make them and not at the display area

Im so curious with that scented candles ha...

That scented candles looks so romantic.

Speechless!!! helping to the orphanage was great.

This is really a great foundation, very noble cause. Keep up the great work and may God bless you all.

I love Philippines, I went there many times for vacation and every time I discover something else beautiful

Good afternoon.. THE fans Of korean star jang keun suk will have a gathering this coming july,,we agreed instead of renting a place for our venue,we want to spend our time to the orphan and bring some donation..please contact me for more info..im still in hongkong so i do inquiry thru net.. this is my blog site
( http://mrsjenjangblog.blogspot.com or email me at www.mrsjenjangblog@gmail.com ...thank you..