Picture of Tutubi: The Philippine Dragonfly

Tutubi has been tagged several times by the meme "the face behind the blog" but he turned it down each time since he doesn't do memes unless it's related to the theme of this blog, besides his preference to make this blog a "faceless" one.

This time, however, he's going to show you his photos...


...of his cousin Dragonflies: the colorful helicopters of the insect world! :P 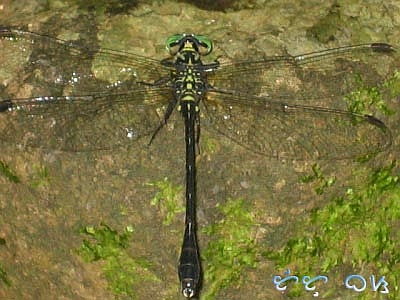 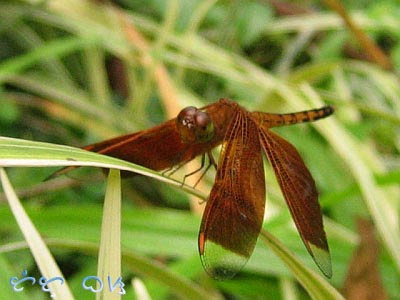 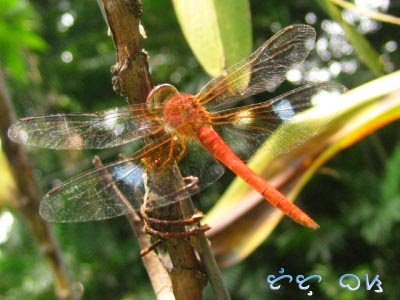 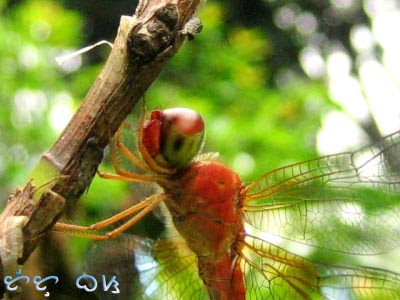 Same Orange dragonfly asabove as close as Tutubi can get to it. Photo taken at The Orchidarium and Butterfly Pavilion, Rizal Park (Luneta), Manila(Canon Ixus 30 digital macro mode) 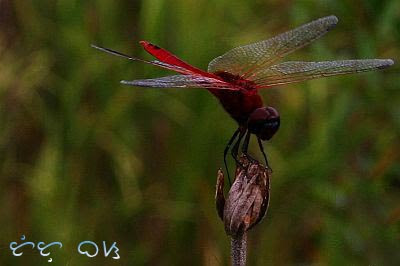 It's probable that tutubing karayom is the Filipino word for damselfly.

Damselflies and dragonflies, according to ecologists, are nature's best predator of disease-carrying mosquitoes.

Dragonflies are generally stronger and more robust than damselflies. They are also fast and agile fliers while damselflies have slender bodies and a weak, hovering flight. Damselflies' eyes are well separated unlike those of dragonflies.

An adult dragonfly has 28,000 eyes (Tutubi has two, myopic eyes)

Dragonfly in different languages: Tutubi in Filipino (now you know what Tutubi means), 蜻蜓 in Chinese, Libelle in German, libellule in French, 잠자리 in Korean, libélula in Spanish, トンボ in Japanese/Nihongo, and libel in Dutch.

They have been known to exist for over 300 million years, spend only a very short part of their life span as actual dragonflies, living as nymphs for up to four years, shed their skin up to 15 times, and survive only for a few months as mature adult dragonflies.

Scientific names of the above species to follow since Tutubi doesn't have reference materials to identify the dragonfly species' featured here.

Great to meet the family!

and i thought spiders were scary coz they got 8 eyes... *shudder* but then again dragonflies don't have eight legs either. nice photos of those dragonflies, btw. =)

Nye! Kala ko si Tutubi The Blogger na talaga ang nasa picture. You got me there.

gita, carlotta and abaniko, got you all there hehe

pieterbie, they're all handsome and colorful, aren't they? :P

You sure are good looking, tutubi. And very colorful, as well. ha ha ha

u are as i imagine you would be :) (daya naman)

mari, thank you mari. hope u liked how i look :P

Haha! I thought you were really going to show your face! But nevertheless, I like the dragonflies; maganda!

kyels and pusa, another two on my list hehe

these are the larger type of dragonflies. proud to say as a kid, i've held them all in my hands, even the blue ones that you didn't include here. they say the blue ones are the fastest-moving and difficult to capture.

dave, is that so? you're also a tutubi catcher? but, still, you haven't caught me :P I remember the blue ones alright. will post other pictures of them if i catch them off-guard

Hahaha! From the title, I thought you're giving up the anonymity :D :D :D

I agree with Dave. The blue tutubi is the hardest to get. But back in my youthful days, I was fast enough to catch those. What about you, tutubi? What color are you? :D :D :D

got a picture of a tutubi with an SLR. Wanna see? :D