The "Lost" Sheep of Camp Atilano

As soon as Tutubi was able to check in at Garden Orchid Hotel and secured a tourism brochure, he boarded a tricycle to Pasonanca Park. It was a miscalculation since the road going to the park was sloping uphill that made it difficult to traverse. Ended up doing quite a trek going to the first visible part of Pasonanca Park: Camp Jose Atilano which is a popular camp site by the Boy Scouts of the Philippines' jamboree. 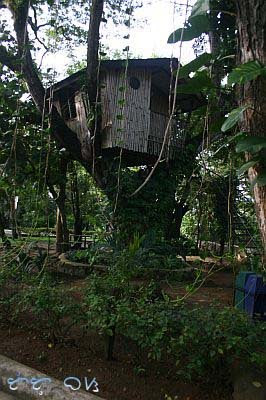 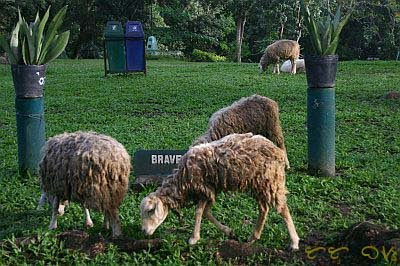 inside the camp were flocks of sheep without a shepherd 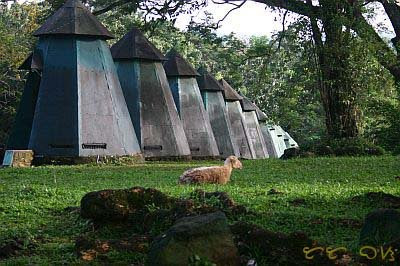 After the brief photo opportunity, walked forward to the public swimming pool and serendipitously stumbled on a beautiful corner of the park: Jardin Maria Clara Lobregat.

Park Entrance Free: None (as in Free)
How to get to Pasonanca Park:

Commute: At city center (called Pueblo) board a jeepney with Pasonanca signboard.

Love that tree house and those tents!

new layout, so cool to the eyes.

Ooooh... boy scouts probably have a blast when they go camping there.

When I was small I used to dream of having a tree house in the garden. This place is good for relaxation purposes.

I should go and visit this place as well. Nice photos you have here, Tutubi :)