After resting for a while and preparing for lunch in Daet, Tutubi and his friends rode a tricycle to the terminal of San Lorenzo Ruiz-bound jeepneys. The road to Club Noah, the name of the resort on the banks of Mampurog River, was filled with potholes and very rural looking. 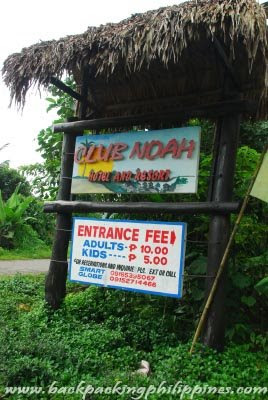 After a few minutes of soaking in the cold water of the rocky stream and few photo opportunities, decided to eat lunch, again took pictures then hurried off to ride the jeepney back to Daet's famous Bagasbas Beach. 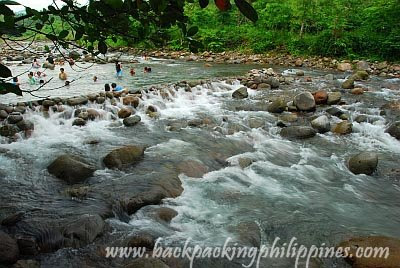 the cold water of the river, actually just a sapa (stream), is a favorite of locals for picnics and escape from the searing summer sun 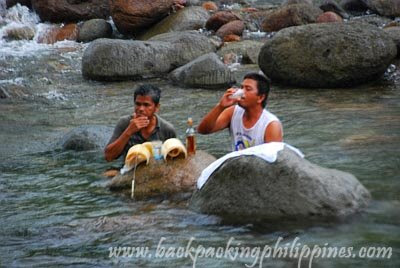 a common site in the Philippines: men drinking while soaking in rivers and lakes 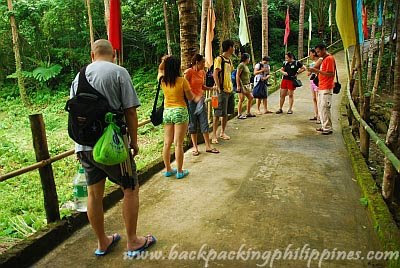 on the exit trail of Club Noah


A similar resort, named Sinagtala resort, can also be found in the town of Labo, also a jeepney ride away from Daet.

the dong, darn, you're fast to comment. i just posted this entry and just editing it when you dropped by :P

looks like the walk going to the river is quite long.

Looks like a good way to cool down: having a picknick in the river.

its very interesting and beautful place to go, coz this is my place in san lorenzo ruiz, czms. norte

thanks for the info tutubi. My mom and dad are both from Bicol but never got to explore anywhere the area. Kudos to you!