The Elongated Skulls of the Incas of Peru and Early Filipinos

Tutubi had a chance to see Indiana Jones and the Kingdom of the Crystal Skull for free at Greenbelt myCinema a few days ago. The new "fake" archeology film takes you to Peru in the Incan capital of of Cuzco and yet Tutubi was dismayed when the pyramid shown was modeled from Chichen Itza from Mexico, the easily recognizable structure of Mayan civilization, and not of Machu Picchu, the authentic Inca city in Peru. It seems the makers of this film, including the director Steven Spielberg, didn't do their homework right by mixing Incan and Mayan architecture. 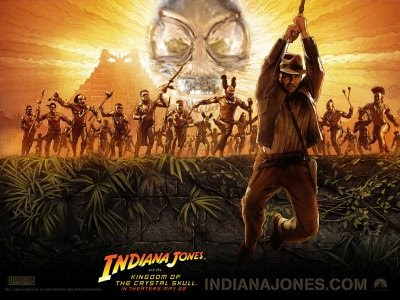 And how does this post relate to the Philippines?

Well, the movie used the elongated skulls of the Incas of Peru were depicted as skulls of aliens made of crystal, related to rumored aliens of Roswell in New Mexico. The elongated skulls were actually made by ancient Incas by binding the heads of infants similar to pre-colonial Filipinos' practice of cranial deformation of the temporal lobe evident in preserved remains of early Filipinos before the swords and crosses of Spain arrived. Proof? Visit the Butuan Regional Museum to see elongated skulls of early people at the Archeology section of the museum. (no pictures here since taking photos inside the museum's not allowed)

---
Note:
Peru's Machu Picchu and Mexico's Chichen Itza were both elected to the New 7 Wonders of the World recently. Tutubi would love to go Backpacking in Peru and Mexico too!

Cool info! I just saw the movie myself. My Inang had the hugest crush on Harrison Ford!! Cool that you got to meet him!

I'd love to go backpacking in so many places. And, of course, it is just a movie, don't expect it to be correct.

But the question is, why would they elongate the skulls? I think the movie would like to join the 2012 hype which I discussed here and here.