Shares the same name as an area "historic" to Tutubi, the municipality of Muñoz was converted into a city named the Science City of Muñoz in 2000. It was named such due to the presence of various scientific institutions in the town: Central Luzon State University (CLSU), Philippine Rice Research Institute (PhilRice), Bureau of Postharvest Research and Extension (BPRE), Philippine Carabao Center (PCC), and Bureau of Fisheries and Aquatic Resources (BFAR), PhilSCAT, Philippine Seed Center.

Photos of Munoz, Nueva Ecija taken in a car cruising at 80 kph: 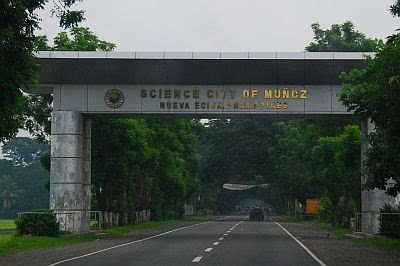 
The Philippine Carabao Center (PCC) was created through Republic Act 3707, known as the Carabao Act of 1992, the pet law of Joseph "Erap" Estrada. PCC undertakes preservation of the Philippine water buffalo and involved in research of improving the species by cross-breeding. There is another center in Bukidnon that Tutubi was able to visit in 2003. 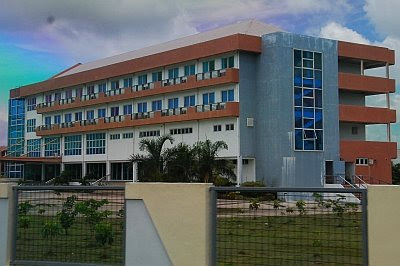 One building of the Philippine Carabao Center 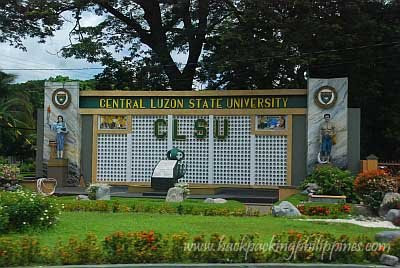 How to Get to Muñoz, Nueva Ecija:

Science City; the name reminds me of the place which is called technology city here in Malaysia and the place is named Cyberjaya.

I like the design of the Phil. Carabao Ctr. building. Mukhang presko. I wonder how feng shui friendly it is.

I am not from NE. Am from Tarlac.

kyels, yeah.heard that too while i was in KL 5 years ago

photo cache, it's also colorful unlike other boring buildings. at least tarlac is the neighboring province

i'm from nueva ecija, but i 've been to munoz only once during a regional contest i participated in as a high school student.my tita's family lives there. some of my high school classmates graduated from CLSU.a cousin teaches there, too. haay, munoz makes me remember a lot of things.hehe.

And when I first spotted this Science City from the map, I imagined some high-tech place in the country :)

science city of munoz is the only science city in the phil and it is second to the whole wide world, and i'm proud to be munozonian.

may i ask? how to get there from olongapo via bus?