From one of his numerous travel-related yahoogroups, an email invitation to be part of the new Katutubo Festival (katutubo means native or indigenous) at the AANI Herbal Garden and Livelihood Center, Quezon Memorial Circle, Quezon City. Tutubi invited fellow bloggers Sidney and Estan, but, too bad, due to short notice, didn't make it.

The email invite, sent just a few days before the event said:

"An INVITATION from KUYOG, the United Natives Movement
October 13, 2008

In celebration of the TRIBAL MONTH (October), KUYOG, the United Natives Movement will launch for the first time an activity in Quezon City that will pay homage, give importance, honor and respect to our indigenous roots through the Sandiwang Bayan KATUTUBO FESTIVAL isang pagdiriwang at pagtitipon para sa mga Katutubo on October 17-19, 2008 at the AANI Herbal Garden and Livelihood Center, Quezon Memorial Circle, Quezon City.

Pictures, only a few due to Tutubi's lazy fingers and further spoiled by a slight drizzle: 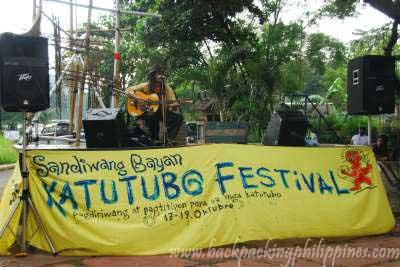 concerts of various musicians during the day, There's a Joey Ayala live at night but Tutubi can't make it 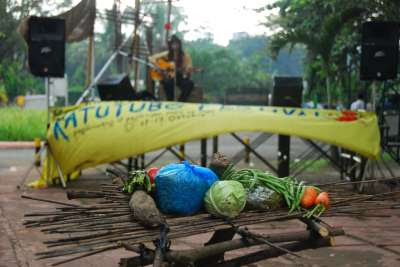 probably some sort of offering by the natives to appease the gods. 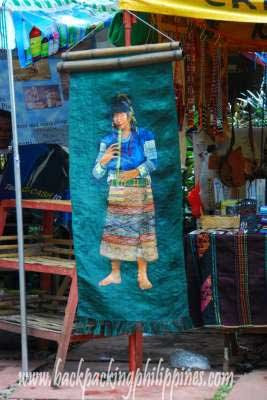 too bad, tribal dances were held the day before, a Friday, something Tutubi would love to cover, what you see are stalls selling tribal gear and stuffs 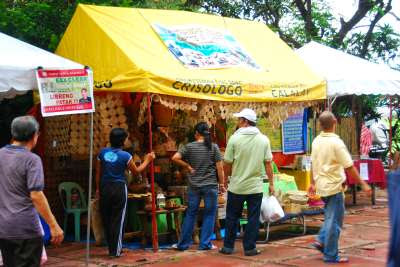 a trade fair is present at the place where various products from around the Philippines are sold.

After taking a few photos, Tutubi went on a shopping spree, bought a couple of bags for his nephews and nieces, well ahead of Christmas, nachos from Talavera, pancit bato noodles from Bicol, macapuno rice cake puto from Albay and various other delicacies. He even bought a nice reusable bag rather than have them all stuffed in non-biodegrable plastic bags that's so unfriendly to the environment.

Katutubo Festival runs from October 17-19, 2008 so if you happen to read this on time, you can still catch it.

How to get to the festival grounds, just see the post on Quezon Memorial Circle.

What a great way to celebrate our aboriginal and tribal cultures :)

It is amazing that despite the intense colonization and our infamous colonial mentality, these folks have managed to maintain their identity :)

Whoa I didn't know this...Lapit ko pa naman sa Circle..Anyway, it's as if I was there through your article and photos.

I see now that baybayin is the correct term and not alibata. Thanks for sharing!

hi, tutubi! this is something i would really like to see. i hope i'll be able to experience this thing for real someday soon. hehehe.

Shame on me...I really wanted to go...but...
But I hope we will see more of this festival in your following posts!

Thanks for the info! Whenever I travel to other countries, I get envious that they were able to preserve their own writing, because we don't have that anymore. Imagine if Philippines were able to retain Baybayin. It would enrich our identity, and it would probably have made Filipinos love its country more.

Thanks for the link! Added you also :)

bw, sure hope they maintain the identity, it's fast losing :(

sidney, it's ok, sorry but no more pictures. i bought many things but did not take pictures

mitz, just another "what ifs" here...at least we know there used to be one