A Highly Urbanized City of Tacloban?

Tacloban, the booming capital of Leyte province and the gateway to Eastern Visayas region is now on the verge of joining the "elite" group of highly-urbanized cities of the Philippines.

Tacloban’s population exceeded the required total population and much more that the minimum required income as mandated by the Local Government Code of 1991.

To start the bid to be a HUC, the President needs to declare a city highly urbanized followed by ratification by the city’s voters in a plebiscite to be held within 120 days after it is issued before the proclamation takes effect.

What are the advantages and disadvantages of living in a highly-urbanized city?

Economic progress may be faster there, but taxes, particularly real property taxes or amelyar can be increased by the city government anytime they want to without intervention by Leyte Capitol.

Tacloban City government will no longer be under the jurisdiction of the provincial government of Leyte and will stop sharing tax revenue with Leyte province. 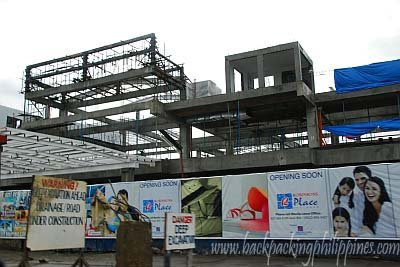 The soon to be open Robinsons Mall, just in time for Christmas shopping...there is said to be an SM in the works as well as Gaisano mall

Giant shopping malls are sign of progress in a city...and also a sign of horrendous traffic jams during mall-wide sale. There is also a Gaisano mall being constructed plus a rumored land acquisition by SM to be developed into a shopping mall. (Just hope that Tacloban city downtown's economic life don't get suck out by the malls like what happened in Manila) 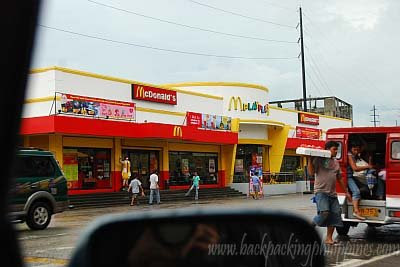 The site of the old Tacloban bus terminal is now a McDonald's. Can you see the profile of Tutubi on the dashboard? 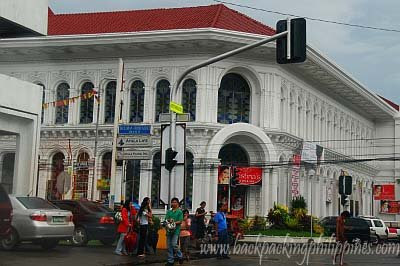 If Ormoc City has a famous resident in Lucy Torres-Gomez, Tacloban has a gorgeous first-lady in Cristina Gonzales who owns a salon and spa in Tacloban downtown is a neo-classical style building.

Highly-urbanized Cities in the Philippines

So, those are the points that makes a city highly urbanized.

where there's an urbanized city anywhere in the philippines, expect the malls to spring up. hindi na yata mawawala yun dito :(

dodong, SM is both a boon and a bane to a place...jobs? other shops from downtown closes shop so it sucks economic life. traffic problem is always there once SM stands :(

carlotta, i noticed it's one of the gauges of pinoys that progress is always accompanied by giant malls. the usual mall culture of pinoys who think malls are tourist attractions while forgetting the others who deserve much more attention. no wonder tourism here lags behind ASEAN neighbors

If you just have gone around Tacloban City, you will notice the pictures of Mayor Alfred Romualdez and his wife, Cristina, the 1st counselor. I guess they are paid by the city government funds. A total lack of delicadeza. As if they own the whole City of Tacloban. If a city hall employee who is highly qualified opposes to any of their antics, that employee will be unceremoniously transferred/frozen to another department just to show to others the same will happen to them if they don't 'behave'. So nothing is new. Highly urbanized city? Ugh! How they moved their machinery just to get the coveted yes of the Taclobanons.

butterscotch, yeah, it's probably to break away from leyte since they're not on good terms with gov petilla :P