Last december, Tutubi received a box of goodies from his contacts from Philippine Business Bank that contained mostly juice products from Zest-O, but knowing that the same company is behing ZestAir jokingly looked for a free plane ticket to his choice destination (of course, his business contacts still don't know he's the blogger behind this travel blog) 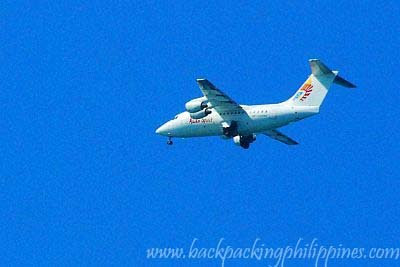 An Asian Spirit flight to Boracay in 2008

Lately, some of Tutubi's friends asked him about ZestAir, the newest kid on the block of the booming airline industry, and simply told them it's Asian Spirit bought by the juice magnate Alfredo Yao, that's why it was renamed Zest Airways or ZestAir for short. 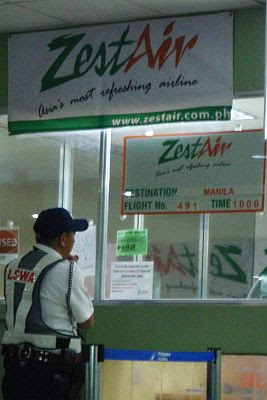 As of posting time, ZestAir services the following routes:

ZestAir's Manila to Basco flights were cancelled lately and no information is available on the resumption to Batanes. Please visit their official website for flight schedules and routes.

Zest Airways aircraft are Airbus A320 (same as those used by Cebu Pacific and Philippine Airlines), Xian MA60, turboprop (propeller) aircraft made by China's Xi'an Aircraft Industrial Corporation under the China Aviation Industry Corporation I (AVIC I) with capacity of 60 passengers and De Havilland Dash-7 aircraft (those small planes used by the former Asian Spirit) 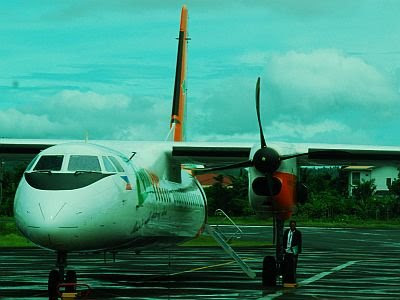 With the acquisition of the Airbus A320, ZestAir left behind SeAir and can now challenge Cebu Pacific in the price wars on domestic and soon international destinations.

As of posting time, Tutubi has not experienced flying ZestAir so can't give feedback on customer service. Should you have reviews of ZestAir, negative feedback, bad experiences, even safety/accident records of Xian MA60 aircraft, please don't hesitate to leave comments.

How to Get to Manila Domestic Airport

your closing statement just answered my question. haha been reading a lot of bad reviews, hope they can settle the safety issues, their fares are damn cheap!

you, i think it's the chinese-made MA-60 planes that met an accident in Boracay sometime ago. the other routes use Airbus A320. i'll give them a try soon. Take note that Cebu Pacific was in that kind of mess some years back too but look at them now. time will tell

my friend booked a zestair flight for us this coming Friday (May 13, 2011). been reading a lot of bad reviews eg, delayed flights, bad customer service, etc. so right now, I'll just take the flight this Friday with my friend and wish us luck! will post comments here after our weekend trip!

anonymous, i have a pending zestair review to be posted soon as i flew zestair flight to puerto princesa recently. everything went well as i'm still alive hehe

could you please correct the san jose romblon..i dont there is airport in romblon.look for the proper province it's not romblon but is really san jose.

taga san jose, i don't understand what you're saying. there's a town in roblon called san jose. there's carabao island, near boracay, part of san jose romblon. you may be from san jose but there are lots of san joses in the philippines :(