Jose Rizal: "Why independence, if the slaves of today will be the tyrants of tomorrow?"

Filipinos all over the world, as in every corner of the world where Filipinos are dispersed, celebrate the Philippines' 111th Independence Day.

It's a national holiday in the country and all sorts of celebration particularly at the Rizal Park (formerly Luneta) in Manila.

Even Google congratulates the Philippines this day for becoming Asia's first republic. 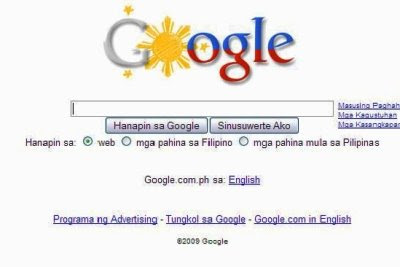 (this is a rant post, continue reading if you so desire)

The subject is a quote from Jose Rizal's second novel El Filibusterismo, from the words of Padre Florentino, talking to the dying Simoun, "Why independence, if the slaves of today will be the tyrants of tomorrow?" at the end of the classic novel that inspired Andres Bonifacio to form the Katipunan and take up arms against the tyranny of Spain.

History tells that it was Gen. Emilio Aguinaldo came to declare the short-lived independence from Spain which was stolen later by the Americans.

Tutubi feels the country is not really free. He laments the Philippine government's subservience to foreign powers highly evident in it's words and actions (need he cite cases?) as well as the Filipino people's bondage to the yoke of poverty.

Those who voted for the resolution argued the country really needs to amend the charter to add provisions like allowing foreigners to own lands. They were able to approve the controversial measure in a marathon session and yet the pending Land Reform Law still can't see the light of day.

Congressmen really don't know much about history when history tells us too many revolts in the past were fueled by Filipino's desire to own the land they till. Allowing land ownership by foreigners, in the guise of economic development, will further drive up the price of land, already out of reach by most Filipinos.

This ignominious resolution will also pave the way for various insertions such as term extensions, shift to parliamentary and/or federal form of government et al

Tutubi is not against charter change but it's not the end all and be all of improving the lives of millions of Filipinos. It's the change of government that's the key, a government devoid of self-serving politicians-- the trapos; decentralization and recognition of the right to self-determination. The timing itself of the resolution is really distrustful (less than a year away from national elections) fueled by speculations that the numerous trips of PGMA to her home province will pave the way for her election as the representative and later as prime minister in a parliamentary Philippines, thus perpetuating the much-hated regime next to President Marcos.

Jose Rizal's words were relevant then as they are now.

But even in these times of hardships, in spite of various opportunities to leave the country, an opportunity not available to everyone, Tutubi still prefers to stay behind.

Long live the Philippines! May you someday attain true independence!

I pity the poor Filipinos, my people, if the government let foreigners own land. A lot of rich southeast Asians will be lining up buying our lands. What then will happen to poor Juan? Poor Juan who is struggling to own a small piece of the soil where he was born.

The government officials have never thought of our people, of their struggles. That is why a lot of us have left our country to seek better life. I'm one of those. And as of this writing my eyes are welling up with tears.

the government seems deaf to the cries of the people. it's not surprising that the Land Reform Law takes the backseat---almost all these congressmen are landed, do you think they're for land reform? no sir! all the landless can dream of is a pot of soil, or a piece of land where he would be buried.

we may have gained our independence from the colonizers, but we've been in similar form of bondage, only from our own leaders---people whom we voted. i also opted to stay...i don't know until when i can take it.

"Why independence, if the slaves of today will be the tyrants of tomorrow?"

hi...nice post. hope you have celebrated this independence day...
meanwhile i have changed my blog theme. so check it out and give you valuable suggestion..

spot on bro. We really haven't emancipated ourselves from the claws of foreign powers. Thank Mt. Pinatubo for forcing the Yanks' bases out for good. However, up to now the word self determination isn't so clear in the mind of the Pinoy :(