Ruins of the Old Fort of Barcelona, Sorsogon

Just across Barcelona Church facing the Pacific Ocean and Gubat Bay stands the stone ruins of a Spanish fort and a lighthouse that guides fishermen at night to shore of the tranquil town of Barcelona, Sorsogon. 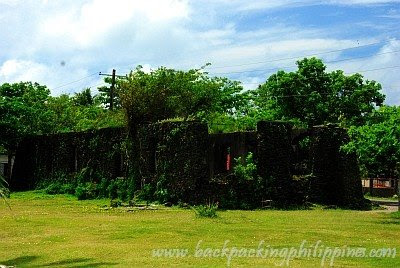 old stone ruins of the fort, one of two sets of fortifications facing the sea 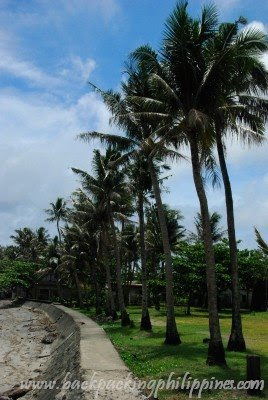 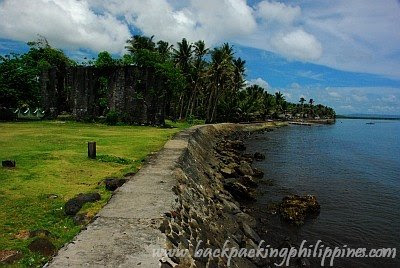 the north ruins facing the sea 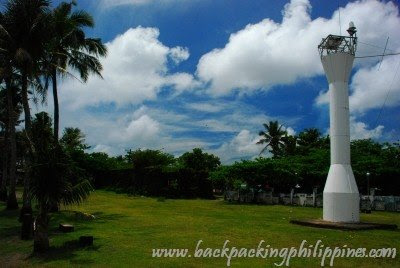 the southern ruins and the lighthouse

There's not much information aboout the history of the fort but it may be tied with the church of Barcelona's history (even if during the Spanish times, churches were built with two purposes in mind: places of worship and refuge/fortress against invaders/pirates that's why they're always facing the sea)

Barcelona was named after Barcelona, Spain said to have similar topography as the Spanish city.

From a brief photo-op, Tutubi went on to visit Mount Bulusan and a trek around the green waters of Bulusan Lake

Just click on the Sorsogon Label below for more posts on Sorsogon ;P

It looks like a cool place (literally and figuratively) to hang out. I like the rows of coconut trees.

nice photos, I always find it a bit disappointing when things fall into disrepair such as the first photo although sort of returning the land to nature in the way its being overgrown.