Jose Rizal spent four years of exile in Dapitan where he engaged in religious debates about the Catholic faith with his beloved teacher in the Ateneo and yet he religiously attended mass at Dapitan church that stands at the center of the town whose patron is St. James the Apostle (the same patron saint of Paete, Laguna, Tutubi's hometown)

St. James Church in D apitan is not old, unlike the beautiful baroque churches made of adobe or coral stones scattered all over the Philippines, but its claim to fame, despite losing it's original design by people agnostic of architectural preservation, is that Jose Rizal used to hear mass regularly on Sunday mornings. A marker is even present near the end pews to highlight the fact. 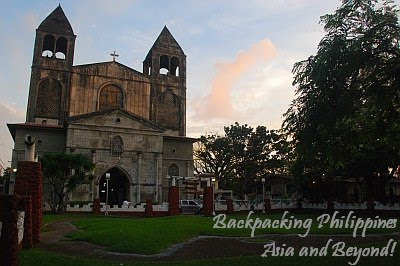 In front of church, is a small enclosed area that most visitors don't recognize as a map of Mindanao island that was built by Jose Rizal himself. 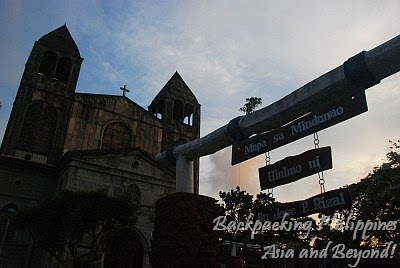 Tutubi wanted to take picture of Mindanao map from the belfry for the whole image to be recognizable but it was undergoing renovation and off-limits to visitors.

a few meters from the church across the street is Casa Real where an NHI marker stands to remind people of its historical significance. 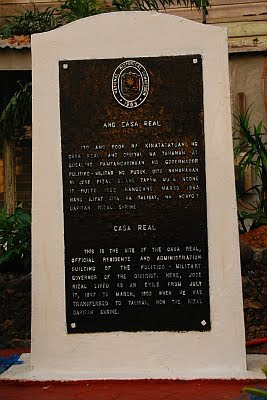 The historical marker reads: "This is the site of the Casa Real, official residence and administration building of the politico-military governor of the district. Here, Jose Rizal lived as an exile from July 17, 1892 to March 1893 when he was transferred to Talisay, now the Rizal Dapitan Shrine."

Further away from Casa Real is an old bahay na bato of Corazon de Dapitan Restaurant and Delicacies (Corazon de Dapitan literally means "Heart of Dapitan") that provokes a feeling of nostalgia of the Dapitan during Rizal's time. 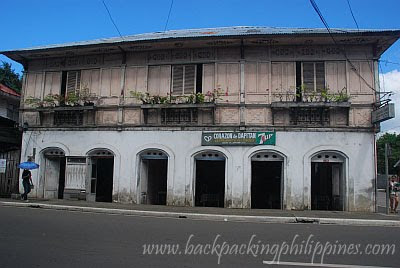 Dapitan is a destination for lovers of history particularly those studying the Life and Works of Jose Rizal.

Tutubi recommends visiting Dapitan in Zamboanga del Norte for the history fix should you find yourself on the beach of Dakak Beach Resort.

If you have some time, I invite you to please care to visit my site and take a time to leave some comments

wow, it's the 1st time to see 2 church bell towers opposite each other!

OMG... I forgot your special event this past Sunday....sorry sorry... hmmm... I owe him something !

i totally agree, comelec should have done it years ago... thanks for leaving a comment... i have a new update on my blog... would you care to visit again... thanks! ex link? already added yours btw.

another spot worthy of visiting. i would love to see that church.

The place is truly very historical. But the people are not very accomodating. They even charge tourists with big amount of fare costing 50-100 pesos each only to ride a small pedicab when in reality, it only cost 7 pesos per km. I think they should do something about that.