Who discovered Australia and when? A question posed by an Australian tour guide at the Blue Mountains to a group of tourists where an American replied "Capt. James Cook in 1778."

The Australian tour guide shook his head in disbelief and said that indeed Capt. James Cook arrived in 1770, not 1778, in Australia, but it would be disrespectful to the Aborigines to say he discovered the island for the Aborigines already discovered Australia thousands of years before the white men came to the land of kangaroos, emus, platypuses, koalas and wombats.

The answer of the Australian tour guide to his own question was concurred by Tutubi in that back home in his beloved Philippine Islands, most Philippine history books still erroneously state that on March 17, 1521 Ferdinand Magellan "discovered" the Philippines. 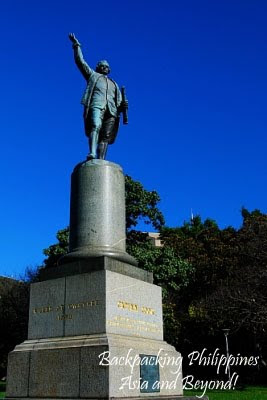 The Australian aborigines arrived in Australia way before the British
came and so deserve credit for the discovery; the English merely arrived
in Australia in 1770. 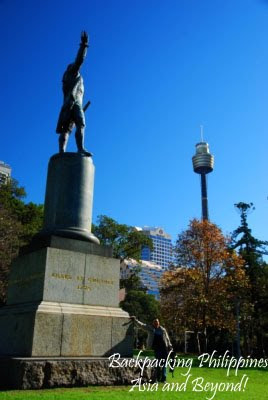 On the same note, the little black people, the aborigines of the
Philippines called Aeteas or Negritos, settled on the islands way before the Austronesians, the ancestors of modern Filipinos, came from Taiwan, before they spread out to the nearby islands of Indonesia, Malaysia, Timor Leste, Micronesia, Polynesia, Hawaii and even as far as Madagascar on the east coast of Africa.

How could the Portuguese navigator in the service of Spain have "discovered" the islands that he named San Lazaro, later to be called The Philippines, when people were already living on the various islands? When the Chinese, Vietnamese, Indians and other Asian countries were already trading goods with pre-hispanic Filipinos; when Maynila, was already a thriving city ruled by a vassal of Brunei; when Cebu and Mactan were ruled by the warring Rajah Humabon and Lapu-lapu respectively.

To the eyes of the European, Ferdinand Magellan may have "discovered" the Philippines for them, but it's not right for a FIlipino to say Magellan discovered Philippines for he merely arrived in these islands in 1521.

History needs to be re-written to reflect the perspective of the locals and not of the Europeans who think they discovered and later colonized most of the world.

Times have changed and so must your view of history.

so true. I guess the sentence should have been changed to " colonized by Magellan for Spain" because it is true that he wasn't the first soul who found the islands.

I think same thing is true with a lot of places.

That Australia trip must really be fascinating.

I agree with you, Tutubi. The Philippine History we learned when we were in elementary was written in favor of the European to support claims that Magellan discovered the Philippines. But even before Magellan arrived here, barter trades participated mostly by Chinese merchants, Arab traders and locals already existed. By that time, the islands (later called by Magellan Islas de San Lazarus) is already in civilization.

Thanks for letting us know. I think this article is very helpful to learn more deeply in Philippine history.

bw, magellan made the "world" know that these islands exist when a few decades later the islands became spains colony

photo cache, really fascinating trip. lots of posts coming up even if i was there for only a week

dodong, we were taught history as seen by europeans and americans but not through the persperctive of the Filipinos. we even use the terms Middle East when we should not refer to the region like that.

the philippine island, one of this blog's advocacies is awareness of history

You should always show respect for the original inhabitants of a nation.

Anyway, when it comes to the European 'discovery' of Australia the Dutch have more solid credentials than the British. They landed at the West Australian coast almost one hundred and fifty years before Cook set foot on the East Coast. It is possible that the Portuguese came even earlier but that is largely undocumented, probably as a consequence of the obsessive secrecy in which they shrouded their early explorations.

This is the work of greedy locals to greedy foreigners who wanted to sell the history of their countries to make a few bucks.