The US Flag Raising on Hill 120, Dulag, Leyte

One of World War II's most iconic images was taken on Iwo Jima with the US Marines planting the American flag on the blood-drenched island of Iwo Jima in southern Japan after a hard-fought and costly battle.

In the Philippines, the first raising of the American flag on Philippine soil after the fall of Bataan was made on top of Hill 120 in Dulag Leyte facing Red Beach, a few hours after Gen. Douglas macArthur waded ashore nearby on Red Beach, Palo, Leyte, area now called Leyte Landing Memorial 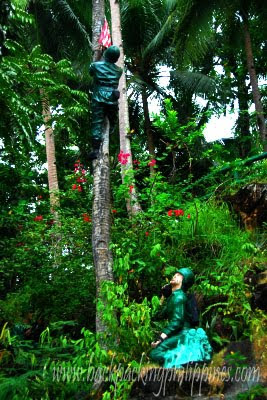 Facing the main highway of Dulag is a historical marker narrating the historic significance of the place and reads:"Atop the height of this hill 120, Blue beach, Dulag Leyte, Philippines at 10:42 a.m. 20 October 1944, only 42 minutes had elapsed since the first assault troops of the 3rd BN of 382D Infantry, 96th Division of the American forces of liberation had landed 1st Lt. Clifford W. Mills raised the American flag in Philippine soil after it had been lowered at Bataan on 9 April 1942. Floating high and proud was tangible proof that the Americans had made good their promise to the Filipinos." 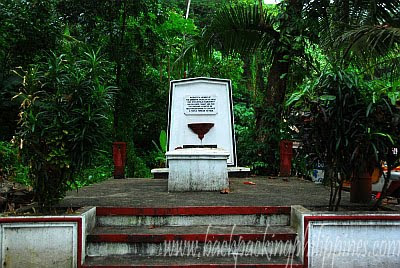 "In grateful memory of the unknown American soldiers who with untold magnanimity and valiance fought and paid the supreme sacrifice on this foreign shore to liberate a people foreign to them." 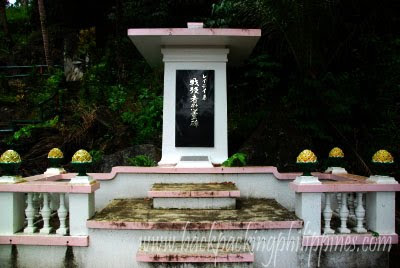 Japanese Memorial and Cenotaph of the bloody encounter

Dedicated to console all souls of Filipinos, Japanese, American who
passed away in Leyte during World War II.

Sworn that the same tragedy and mistake should never be repeated. Prayer
for the true world peace and friendship forever"

There's a trail of concrete steps up to the top of Hill 120 require a five minute trek upwards. 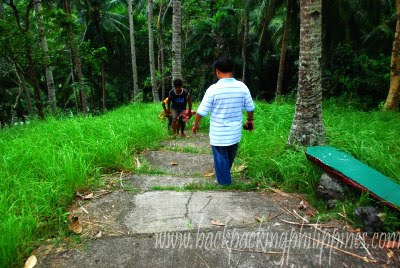 On top of the hill, the view is obstructed by tall trees mostly coconuts plus a limited view of what seemed to be a construction or cement factory. Badges and logos of 96th Infantry Division who stormed the hill, the Deadeyes, are displayed on the memorial. 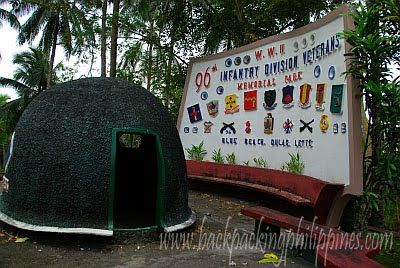 World War II monuments are regularly featured on this blog, not to glorify a war but to remind people of the lives lost and folly of a senseless war.

How to get to Dulag, Leyte:

the town of Dulag can be reached by two jeepney rides from Tacloban Airport, first the jeep from San Jose to Tacloban City transport terminal then another jeep to Dulag, Leyte about an hour away.

Funny that soldier climbing the tree.

Hi Tutubi. I've come over from Renny's to say hello.

I appreciated your post as a lot of my family members have served in the Defence Force. Anzac Day here is just amazing, with more and more young ones going to dawn services and honouring those who have fallen.

I just pray that they learn from earlier mistakes and bring about peace in a turbulent world.

You say it rightly... the folly of senseless wars ! Well documented as usual !

Hi Tutubi. We're planning a trip to Samar - Leyte next year. Hopefully we can also drop by this place. :D

pieterbie, yeah, it's not that easy to climb one :P

puss-in-boots, i saw the anzac war memorial in Sydney. will post something about it one of these days

As an Australian, Gallipoli is prominent in our cultural memory, and myths. The place commemorates a military disaster, as well as the heroism & dignity of both the Allies (Australia, NZ, Britiish, French, & Irish) troops that were slaughtered here as a result of a poorly planned invasion. The Turks bravely defended their territory Where the Allies landed is interesting, & too my surprise, I wasn't as "moved" as I expected I would be - perhaps decades of we Australians "celebrating" the landing at Gallipoli caused me www.privatetoursinistanbul.com expect to be moved. What is fascinating is to understand the Turks, as well as the Allies, & why there is the strong historical & cultural connection we keep nearly 100 years later Read a good history of the place beforehand. Go & see the Turkish monuments, and the moving Ataturk quote about the sins & daughters from foreigh lands now lying with Turkey in dignity - this is very moving, & reminds of a time when enemies treated each other with respect & dignity.