The Truth: Boracay Green Algae/Seaweed/Moss is Due to Pollution

A friend of Tutubi, currently on vacation in Boracay to avoid the "SRO crowd" of Boracay during Holy Week, texted him to ask why Boracay's White Beach is littered with green "seaweeds" in the morning.

Tutubi replied, unknown to many, the true science behind Boracay's "green tide" phenomenon highly visible during the hot summer months of March, April and May and absent during the rainy season. 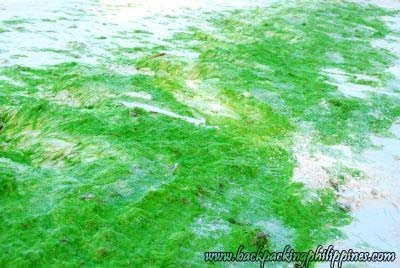 the green algae on the beach of Boracay early morning


Locals when asked about the green algae will usually answer the phenomenon is due to absence of waves during summer but the truth into it is the presence of nutrients in the water that's feeding those green algae. Not that Boracay's water is dirty but those nutrients sustaining green algae should be kept in check to limit their growth.

Numerous scientific studies specifically point to high levels of ammonia, nitrate, nitrite, and phosphate, usually found near factories but traced from inadequately treated sewage, waste water or leaked from septic tanks or sanitation systems. There was also a time several years ago when fecal coliform bacteria (e. coli) in Boracay hugged the headlines but the level is now well below dangerous threshold (so don't worry and just enjoy the beach).

That's the sad truth about Boracay's green algae as explained by science.

By the way, those stuff is actually algae, not green seaweed nor green moss.

Is it safe to dip your toes on this green water?

photo cache, of course. i did dip my toes there :P those green algae make boracay water color green so it's white sand, green water if shallow then blue for deep blue sea :P

Is there a sewage treatment plant of sufficient capacity in Boracay now? How about a discharge pipeline located far enough from the shore? They've got to take care of this gem of a place or I'm afraid its success will be its undoing.

Exactly. I learned this kind of thing too as explained by Doc Ger (if you remember him in MIP).
I also heard from the news of this ecal coliform bacteria in the waters of Boracay a few years back...

it kind of scared me. am not much of an adventure taker and i think i won't even dare dipping my toes there. ha ha

I've been here in Boracay for more than a year now. Locals and most resorts, tell me that those green algae is what makes the sand white. Did a few research and I came across with articles supporting this statement. I don't know if it's true though. Regardless, I love Boracay and I'm staying here for good. :-)
The algae may look scary in the picture like shown above but, trust me, it's different when you see it here. I just went swimming after skimboarding yesterday.

Thanks for this informative post. That's another reason why I don't like Boracay. Any links though to the scientific studies on the algae? Your link here goes back to your blog's homepage. Thanks again!

Read this article and you'll know the truth...
http://globalcoral.org/boracay_environmental_restoratio.htm

Green algae is a clear sign of pollution because of the sewing system that goes direct to the sea.

I feel sorry for this island that was once a paradise that was serene and pure. This is just an evidence that the government should at least do something to solve the issues in Boracay. If these algaes were caused by septic tank wastes, action should be done now.