In a country where there are only two kinds of candidates on knowing the election results-- the winners and the cheated-- Congress on the day of official canvassing of votes for the president and vice-president was turned into a ludicrous circus when a man, wearing a hat and a face mask, appeared and made allegations of election fraud.

The May 2010 Elections whistleblower later on was called "Koala Bear" due to his appearance that triggered the bandwagon effect of all "cheated" candidates coming out in the open to tell how they were cheated as alleged by Koala Bear.


With all these stories going around, many people including Teddy Boy Locsin and Makati Mayor and Vice-presidential candidate Jejomar Binay are investigating the true identity and handler of Koala Bear, here's Tutubi's take on the real Koala Bear.

Koala Bear Unmasked: How cute and cuddly they are! 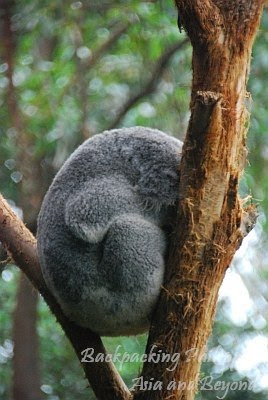 a koala sleeping snugly on a eucalyptus tree 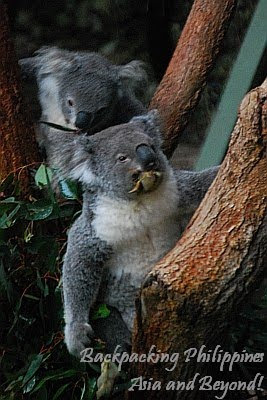 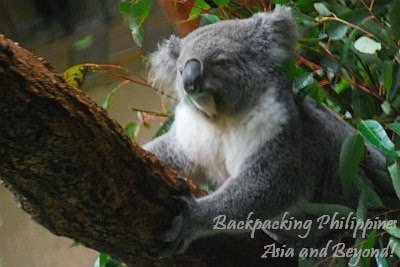 Calling them “koala bear” is a misnomer. Koalas are not bears but marsupials, like the kangaroos and wallabies, who have pockets on their bodies, called marsupium, in which they nurture their young. They feed on low-energy eucalyptus leaves. Endemic to Australia, they walk on four legs but also climb trees.

The Koala is an arboreal marsupial i.e. it inhabits trees

Now you know who is Koala Bear, you may now tell the "honorable" men of Congress, aided by the COMELEC and Smartmatic, to get on with official business of counting of votes instead of wasting time on the allegations of a Koala Bear without presenting proof thus delaying the formal precedings and casting doubts on the official results of the automated elections.

You managed to post some really cute photos of the little critter here.

hahahaha i thought you have an inside scoop on Koala Bear! and i heard Manoling Morato will be testifying. hayyy!

they're cute creatures, your koala bears. the one i saw on TV looks like a cross between Darth Vader and an Ozone Disco fire victim.

luna, got you there...that was exactly my intention hehe i don't really post something purely political but satirical hehe

wow, you got me there! i thought this is truly news about that fake.

despite the automated polls, cheating still persists ? Anyhow, I'd rather see the cute pics of these adorable Koalas than the whistle blower hehe :)

naku, i thought i missed some news and here you are echoing it. you got me there! haha

those real koala bears are too cute for words; quite far from the koala bear i saw on local news!

isn't it unfair for those real koalas to be compared to that allegedly whistle blower?

Ha! Ha! Ha! When I read the title of this article I really thought about real Koalas... I never thought it was the mysterious Koala bear during the 2010 Philippines Election. Really Koalas are cute but this one I doubt it. That is the reason why he is covering his true identity.