Besides the tilapia, ayungin, bangus, tawilis, lapu-lapu, dalag, and other favorite fishes of Tutubi, there's one of them that is usually mentioned when referring to people who are mentally-challenged: the biya.

One time when Tutubi went home to Paete, Laguna, his father bought a handful of biya (loosely translated in English as goby fish) from a fisherman in Wawa Park, he asked Tutubi how he'd want the biya to be cooked, he wanted them to be cooked with coconut milk (ginataang biya) but due to lack of time and absence of ingredients to cook them just settled for the fastes way to feast on the "dumb" fishes who allowed themselves to be caught. 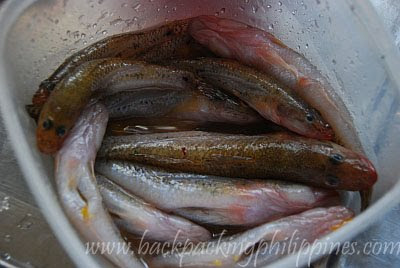 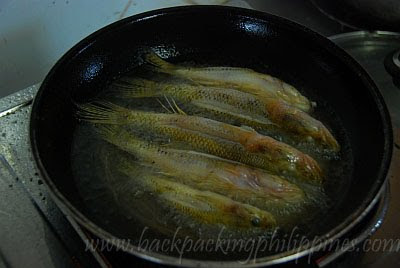 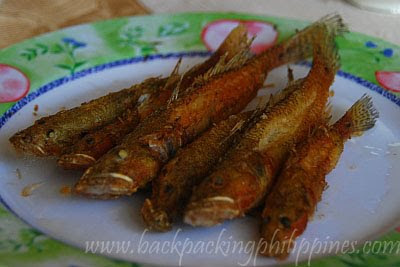 Now back to the origin of the Filipino idiom "Utak Biya," the subject of this post. The idiom means idiot and allures to the ease of catching biya in rivers and streams. Tutubi knows how easy it is to catch the fish when he was a child, he can catch them using his bare hands and usually would not try to escape or just enter a tin can to hide as if they can't be caught it those rusty hideouts. (Tutubi has yet to confirm if the biya of Tagalogs is the same as the tonto fish of the Visayas)

As other fishes and inhabitants of Laguna de Bay like the pauton, bangayngay, duhol, paros, digman (seaweeds), kalabanga (lotus seeds) of which some are like nearing extinction, utak biya people are not endangered but mostly highly evident in our society-- just look at the results of the latest elections! :(

ouch, said the utak-biya (lol). i didn't know biya is a freshwater fish. i saw some daing na biya at SM last week. and from all the other fishes from Laguna de Bay that you mentioned, i don't recognize any. now you got me curious.:p

mari, it's really sad how Non-performing politicians still get elected and those who deserve didn't. it showed ignorance of not stupidity of millions of voters

luna, i will look for the daing na biya one of these days too :P

witsandnuts, i'll show you how to catch biya if they can still be found, but sadly, i can't due to the polluted creek of paete

chyng, hehe di sila pay ng tax and yet they demand so much and sometimes hinder progress...people :(

sir can you post a blog for me about out free car road test were in anyone can use our for rent cars for a day or two if yes please mail me here quake_drew2002@Yahoo.com of post a comment in this article so i can give you the details.

now I know why the biya is so dumb hehe.. LOL on the Visayan tonto fish :)

bw, yeah...it just stares at you even if you're about to catch him...will try to hide under a stone or inside a tin can as if it's enough protection for him

As long as they taste good, I don't really care how easily they can be caught :-)

makes me wonder. who is utak biya, the populace or the crooked rich politicians?

anonymous, the voters who voted those crooked politicians :(

I agree with the elections results. Spot on. 😂