Attack of the Patay Gutom at Grace Sister of Rose Restaurant in Sto. Tomas, Batangas

A sister establishment of Rose and Grace restaurant with some sort of a funny name, Grace Sister of Rose Restaurant Seafoods and Bulalo along Maharlika Highway in Sto. Tomas Batangas, near the traffic-prone Turbina, Calamba (but not for long when the SLEX - Startoll interconnection is opened) is the venue where the meat-starved, carnivorous peers of Tutubi had a sumptuous lunch right after checking out of the detoxification diet of The Farm at San Benito in Lipa City Batangas.

not much to see here but pictures of a deprived bunch of people who swooped down on hot steaming bulalo, crispy tawilis, pinais na dulong and other regular menu fare of the popular restaurant. 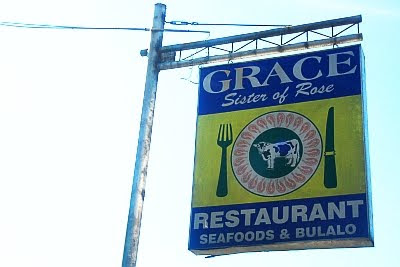 Grace Sister of Rose signage on the highway 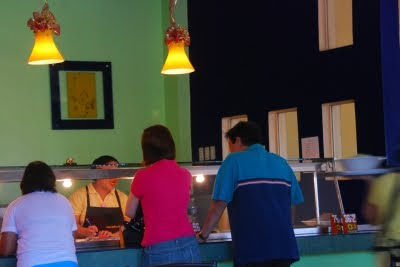 In the company of meat-deprived peers, Tutubi wasn't able to take pictures of the food to avoid being left out, only a few snapshots of the aftermath of the attack of the patay gutom! 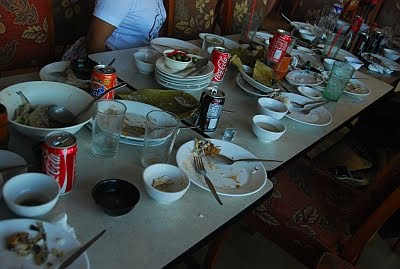 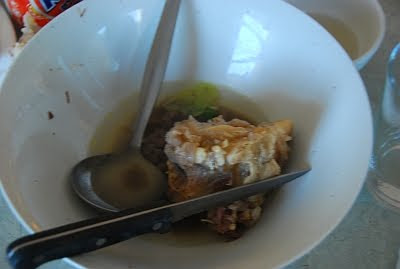 what's left of the bulalo just a few minutes after it was served. a bowl of bulalo costs P350 at the airconditioned carinderia 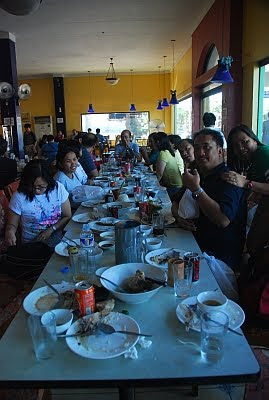 This is what happens when you're a meat-lover but taken "by force" to a vegetarian restaurant for 3 days!

Spa The Farm at San Benito

hello.. can i send you a private message somewhere? i just want to ask a few questions about the bulalo, i'll explain din.. thank you :)

sheila, you may send me an email: tutubi AT backpackingphilippines DOT com