A popular and multi-awarded hideaway of the rich and famous nestled on the slopes of Mt. Malarayat in Lipa City, Batangas, with it's relaxing spa offering massage and detoxification regimes centered on vegetarian cuisine of it's flagship restaurant, The Farm at San Benito is one of those places you normally don't expect to be featured on this blog specializing on budget travel, as it's really way out of Tutubi's penny-pinching ways and most budget travelers out there.

However, Tutubi was able to visit this serene hideout due to another company sponsored teambuilding activity involving his company's management committee for 3D/2N (in tour operator parlance but actually just about 2.5D/2N in reality) with barely little time to fully enjoy the various amenities the garden place has to offer due to the hectic teambuilding schedule facilitated by The Mentor Group.

Tutubi and officemates left Makati at 4pm, arrived in Lipa around 7pm due to heavy Friday traffic buildup in Turbina, took a quick food trip of the famous Batangas Lomi at LBN Lomi House, one of several lomihan along the national highway in Malvar town (beside Bee Gees Lomi House, in front of LBN Bar and Grill), partook of a hearty dinner at Hapag Filipino Restaurant in Lipa City before checking in at the groups final destination at The Farm at San Benito.

Facilities of The Farm include a clubhouse, restaurant, spa, two infinity pools, a man-made waterfalls, a man-made lagoon with a gazebo in the middle (featured on their official website and brochure with a model sporting a yoga pose), several walking trails, cottages for overnight accommodation and an organic farm raising vegetables and herbs e.g. lettuce, tarragon, parsely, sage, rosemary and thyme (ok, excuse the last four examples).

Some Pictures of The Farm at San Benito taken during meager breaks in between activities: 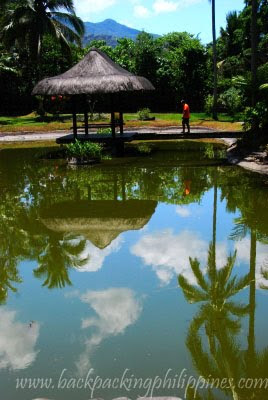 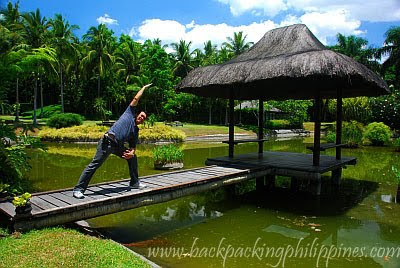 a yogi doing his "hobby" or posing for a picture? 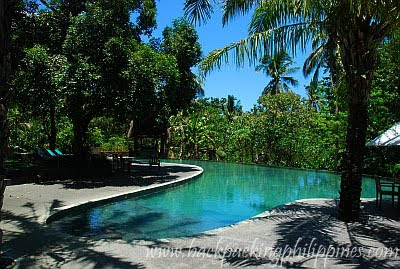 a swimming pool near the restaurant. Tutubi wasn't able to swim here due to lack of time 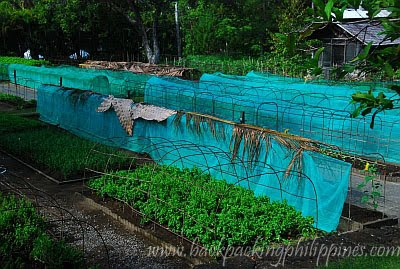 the organic farm where they grow vegetables, herbs and spices used in their healthy food preparations 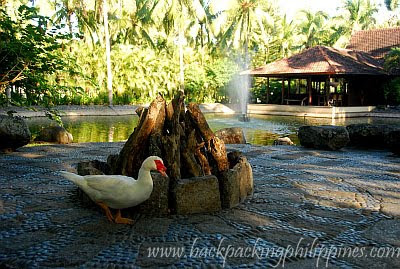 due to their being a true vegetarian restaurant, this is for display only, not for human consumption at the spa resort 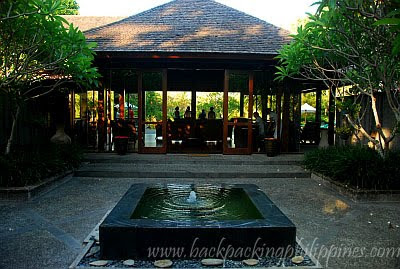 one of the two infinity pools. this one's beside the spa where you can relax, enjoy your tea after an hour of relaxation massage therapy 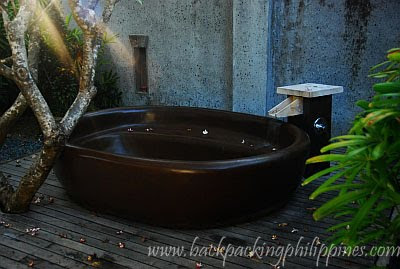 the bath tub of the spa is an atrium i.e. open to the sky 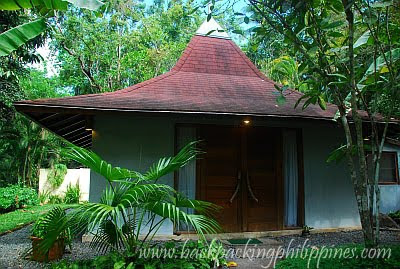 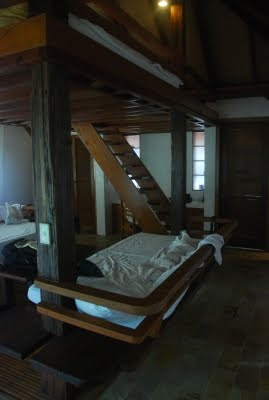 inside Anahaw Villa are four beds with a "mezzanine" floor

The company teambuilding activity went well, except for one geriatric woman who single-handedly spoiled the last activity supposed to deepen relationships or build bridges but instead burned the bridge with some of her peers by writing unverified rumors and accusations. Left such a bitter aftertaste in the mouth and ruined the original intention of the costly event budgeted with half a million pesos.

Overall, the Farm at San Benito is highly recommended for people who wish to be disconnected from the world and flush out toxins (detox) by partaking healthy vegetarian food cooked at the restaurant with mostly organic ingredients.

Coming...the vegetarian menu of The Farm at San Benito is not for all people! :P

Other information on The Farm at San Benito:

Note that this is not for budget travelers as overnight room rates will cost you an arm and a leg. Day tour rates is pegged at around P4k (as you can see there's really no such thing as cheap The Farm at San Benito package tour). For updated information, room rate inquiries, events, retreats, and company activities, you may visit The Farm at San Benito official website or call their published contact numbers.

How to get to The Farm at San Benito:

commuting there is not recommended as it's really beyond reach of normal public transportation. Your best best is to get vans-for-hire or car rental companies if you don't have your own (and if you can afford to stay there, you can definitely afford to have your own vehicle)

looks like a really pampering place to unwind. something different from you but hey, we could all use some relaxation here. :)

too bad you weren't able to use the pool.:p i've been hearing about this place for years but my friends and i are not really into veggies.:p my boss in HK plans to stay here for the weekend soon.

another paradise at the south of manila.
i want to go there someday with my family and do nothing but commune with nature.

lucky you for being in a company that took you here.

nice place. it's like hitting two birds in one stone - enjoying a relaxing vacation while indulging in healthy veggie food. =)