A multi-awarded spa and restaurant in Asia and claimed by some as the best vegetarian restaurant in the Philippines, the detoxifying menu at the Farm at San Benito in Lipa City, Batangas has not your usual vegetarian menu that doesn't try to imitate meat and dairy food using alternative ingredients. Instead, they use natural ingredients and locally grown, organic produce in their vegetarian menu offerings.

Tutubi's initial breakfast at the Farm at San Benito consisted of kapeng barako ng Batangas with no creamer but using coconut milk and muscovado sugar to sweeten.

For a sample menu of The Farm, not much words will be offered here but a few pictures will do the talking... 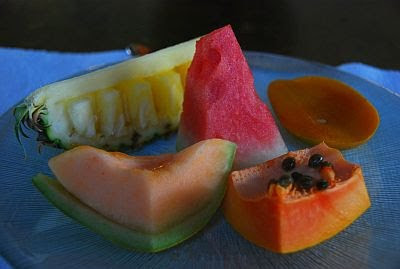 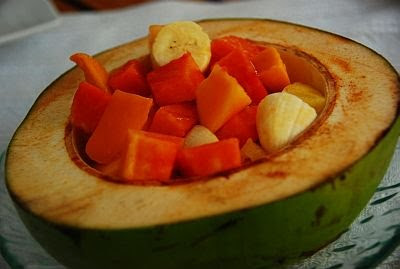 fruit salad on a buco shell 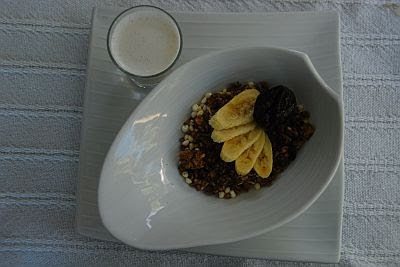 breakfast cereals with coconut milk (there's no milk at The Farm, not even dairy products) 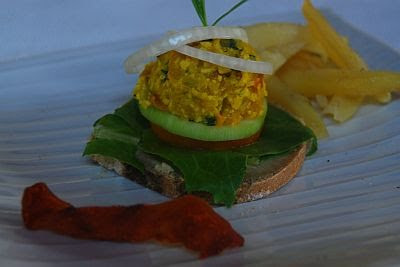 vegetarian menu at the farm, food imitation is not common there. the coconut bacon is an exception 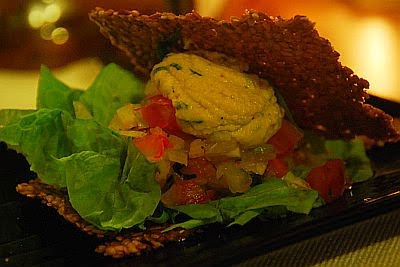 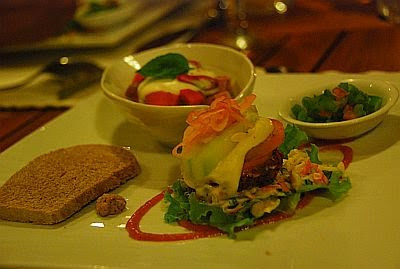 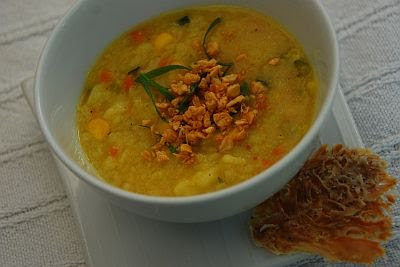 arroz caldo for breakfast, one of two times Tutubi was able to eat rice in three days stay there. again, no meat nor eggs but great tasting for such a common pinoy fare 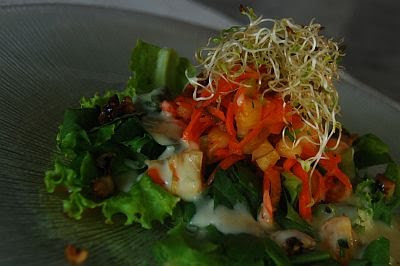 vegetable salad with a not so common salad dressing 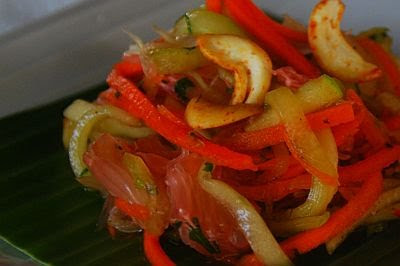 salad with pomelo and cashew nuts 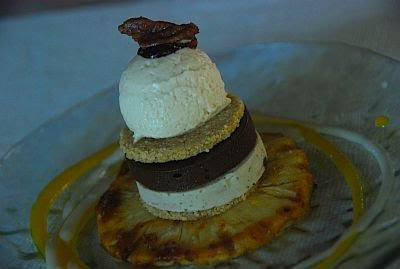 So how would Tutubi review The Farm at San Benito's food? It's no secret that Tutubi's no food critic and he's not into a detoxification diet either but the vegetarian cuisine at the famous place earned his mixed review. He liked some food them like the arroz caldo and taco salad, but he's really not into rice-less days. Worse were his officemates who are mostly carnivores, even tried to sneak out of the spa resort just to be able to sample the famous Batangas lomi that Tutubi partook earlier in anticipation of the veggie diet.

On their way to back to Manila, Tutubi's group had coffee at Cafe de Lipa then dined at Rose and Grace restaurant in Sto. Tomas for the usual bulalo, crispy pata and other sinful food that looked like they've never eaten meat for a year!

The vegetarian food at The Farm at San Benito may be a toast of food critics but it's not for general public, only for those looking for a complete detox and detached lifestyle with no meat, no smoking and no alcohol for a few days.

i'm a vegetarian so definitely, i give it a two thumbs up! your pics were great... i could almost taste them from my screen!

absolutely wonderfully healthy stuff. I'd like to visit this place and sample it !

Am not familiar with Batangas, but I'll have to check out this resto if I'm ever there.

Wow! Thanks for sharing these photos! :) I'm planning a visit to The Farm soon so this was really helpful! That faux taco actually looks really good! :D

Stayed there last week for 3 days and the food was delicious, and this is coming from someone who has never ventured into the Vegan world before. Also an update to your post, I believe there has been a change in management recently at The Farm, and one of the changes they have brought in, is that you can now also enjoy wine and champagne, which in my book is always a plus!

I've heard so much about the place. Do you have pictures of the amenities? Can you give us an idea of how much a typical meal would cost us? How about the the spa services? Thanks!

nica, i have a separate post on hotel of the farm, lipa. there are daytrip prices and overnight accommodations posted at the farm's official website