A silent witness to numerous political rallies held at the corner of Ayala Avenue and Paseo de Roxas, the heart of the Philippines' financial capital and, unknown to many Makati people, the intersection of the two runways of the former Nielson Airport (yes, Makati CBD used to be an airport).

Ninoy Aquino was murdered as he was about to deplane on the tarmac of Manila International Airport on August 21, 1983, now named after him as the Ninoy Aquino International Airport (NAIA). His murder so incensed the Filipino people to intensify the fight against the sitting dictator that fueled the People Power Revolution of 1986 (EDSA bloodless revolt) and catapulted Cory Aquino to the presidency. His picture can also be seen on the five hundred peso bill (P500). 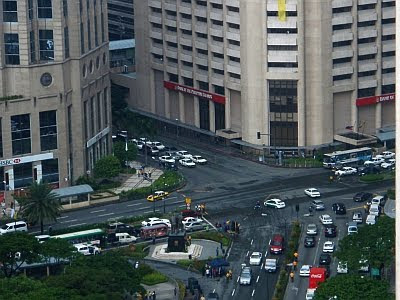 A dragonfly's eye view of the corner of Ayala Avenue and Paseo de roxas, with Ninoy Aquino monument in view as well as The Enterprise Center and BPI Building at the corners. 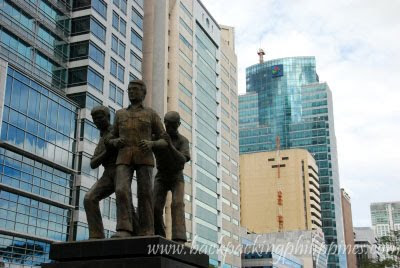 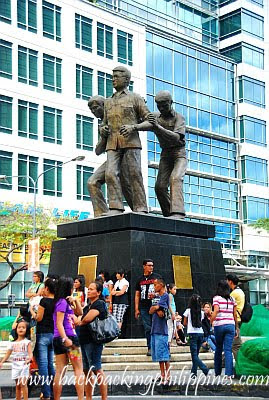 To most people, they know the reason why Tutubi posted these pictures here on this date but for some, the oblivious and the not in-the-know, August 21 is Ninoy Aquino Day, a national holiday (that fell on a Saturday) that's a non-working holiday for people who have work on Saturdays. 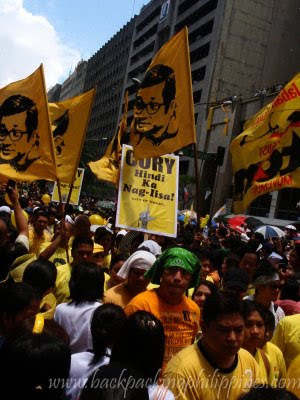 people on Ayala Avenue during the funeral of Cory Aquino, Ninoy's wife, former president, and the mother of President Noynoy Aquino. The image of Ninoy Aquino is shown on the flags.

Note that the monument you see now in Makati is not the original one, the old monument can now be found in Hacienda Luisita in Concepcion, Tarlac.

Hi,
I would like to swap links with your site. My blog is http://www.travelocafe.com. I've already added you in Travel Directory. Please send me the description you favor for your site. Thank you!

I'm also looking for guest bloggers. Please let me know if you'd be interested in being featured on Travelocafe.

As for the articles, the guest posts can be send by email and should be original, travel related, previously unpublished and a minimum of 250 words would be appreciated. The articles should not be a self promotion. At the end of the article you can write an "About the Author" section, linking back to your site.
Regards,
Laura