A Year After the Great Flood of Ondoy: Positive Lessons Learned

It's unposted on this blog but Tutubi was a victim of the flooding of Metro Manila brought about by tropical storm Ondoy (International Name: Ketsana) on September 26, 2009 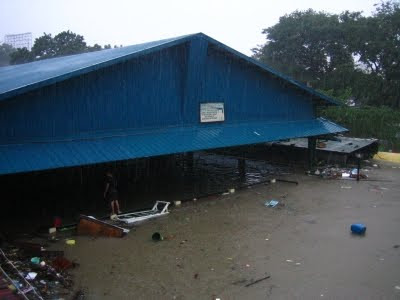 Typhoon Ondoy's flood early afternoon. Flood waters rose to about 10 feet deep in Tutubi's place, a few inches before it reached the second floor of his home, while Tutubi, Jr, just a few months old and unaware of the tragedy, is sleeping on the third floor 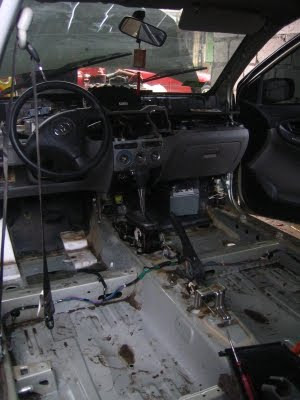 What remained of Tutubi's Toyota Vios, two days after the flood engulped it completely

Even a year later, many people have yet to recover from the trauma and tragedy a year later, news has been filled with stories of tragedies and forgotten heroes, Tutubi's learned how to thrive after the tragedy and learned so many things.

1. He became real close with fellow Ondoy victims in the office, always exchanging stories and updates jokingly on each of their woes.
2. Preparing for a Milenyo-type storm, where he had a roof for shelter for his car constructed earlier is not enough for Ondoy is more destructive.
3. "Acts of God" or "Acts of Nature" car insurance riders are not standard with his company.
4. He has since learned how to check and troubleshoot car problems on his own, even repair car electronics like the digital instrument panel-- really awakened his electronics hobbyist blood. (FYI, Tutubi is an electronics engineer by profession that's why understanding car electrical systems is not hard for him)
5. Just in case it happens again, he can restore a flooded car and make it run again, but there's now car insurance to take care of it so why bother? He can make a business out of it :P

In these days where storms are just on the horizon, it's best to hope for the beat but expect the worst!

It has been a year. That fateful day was full of lessons. I was stuck on the road and in NAIA that day.