A stone's throw away from the Minor Basilica of St. Michael the Archangel in Tayabas, Quezon is an old Spanish stone house (bahay na bato) built in 1831 and witnessed numerous historical events including serving as a Japanese garrison during the Second World War. 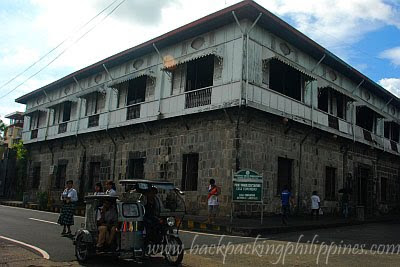 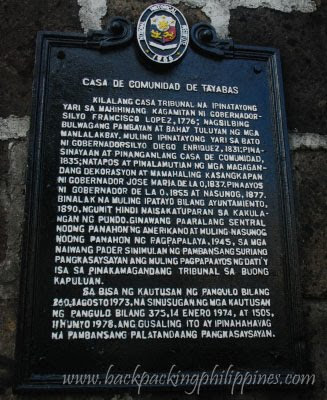 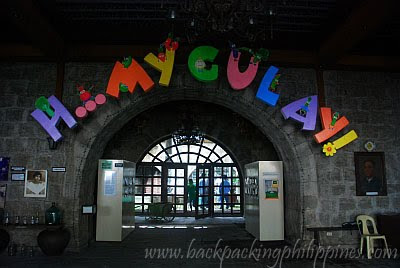 Inside the bahay na bato is a museum showcasing Tayabas town's famous products including the lambanog,a product of a local destilleria (distillery) plus thwo chambers: one with pictures of prominent sons of Tayabas and another with preserved native ternos (dresses) (taking pictures not allowed inside)

For a few minutes before leaving Tayabas, Tutubi traveled back in time through the displays of the museum and hurriedly took off to get home to Manila via Lucban, and the Laguna towns of Luisiana, Cavinti, Pagsanjan en route to Manila to avoid heavy traffic on Maharlika Highway.

It's a good thing that this house was spared from bombings by the American soldiers in WWII. Most big houses made into garrisson by the Japs in the Philippines were ordered to be destroyed then

does it look scary in the inside? i always think of historical houses having scary stories with it...

thanks for the info. we really should preserve places like these not only because of their historical importance but mainly because it is part of our culture and our people.

I'm assuming from your lack of directions that this is super easy to get to? Would love to visit.