While passing by the Leyte town of Tolosa from Tacloban en route to Dulag and Agas-agas Bridge, Tutubi readily noticed the high walls on the long stretch of highway that piqued his interest and prodded him to ask a question to his companion what's inside those walls.

It turned out the property enclosed by the walls is the controversial Olot Beach Club, part of the huge property of the imeldific one -- Imelda Marcos -- sequestered by the government through the Presidential Commission on Good Government (PCGG).

On entering the "walled resort" you can only imagine the splendor that once enveloped the place. You'll just notice the decaying clubhouse, no people except a few hanging out on the nearby beach. 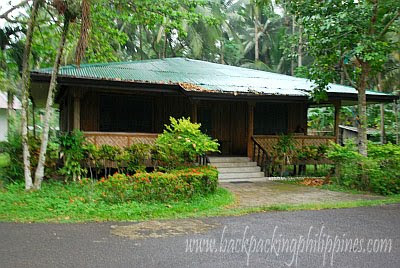 this ain't Olot Mansion, the birthplace of Imelda Marcos, that was not visited by Tutubi 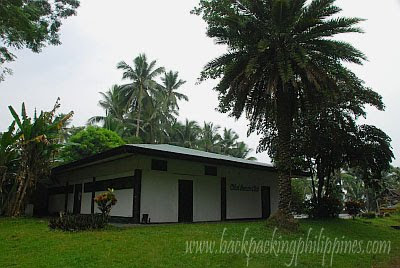 The beach is of fine gray sand with a few bahay kubo (native huts) dotting the beach front and said to be off-limits to the locals of Olot, Tolosa back in those days when the Marcoses were in power in these islands (though the Romualdez clan, where Imelda Romualdez Marcos belongs, still calls the shots in Tacloban and Leyte politics up to this day) 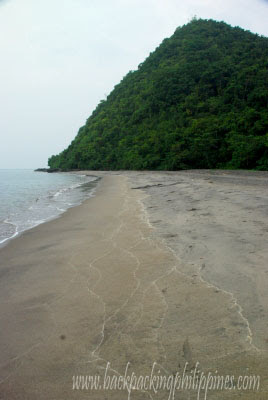 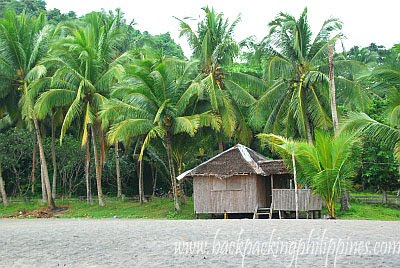 There's a nine-hole golf course of San Juanico Golf Club currently leased out (which can give you an idea of the expanse of the property) while Olot Beach Resort rents out swimming pool, bathhouse and beach front.

Tutubi initially planned taking pictures of the swimming pool if it's still well-maintained but the rain, for the nth time, made him leave the resort in a hurry. No time too to visit the Kalipayan or the Olot Mansion, the Presidential Mansion of late President Ferdinand Edralin Marcos and called the true Malacañang of the South...perhaps on Tutubi's next trip to Leyte.

No Contact Number, room rates and rentals for Olot Beach Resort. It's a popular place though for reunions and other events in Tolosa. No entrance fee required to visit the beach facility.

So this isn't open for public? Do the Marcoses still own this property?

photo cache, it's open to the public, it used to be private resort and playground of the marcoses. it's already in decrepit state. wish to visit the Olot Mansion one of these days. saw pictures of the lavish interiors somewhere. on the ownership, there are reports it's reverted back to the marcoses but at its current state, i doubt it.