Watch towers line the vast coastline of the archipelago to act as guard posts against foreign invaders, pirates and slave traders of yore. These watchtowers now serve no purpose but reminds people of their importance in protecting the coastal community. Watch towers in Ilocos Sur can be found in the towns of Santa, and in San Esteban's Barangay Apatot and Bateria but Tutubi was only able to find the one featured in this post (he found, too, the ruins of another watchtower in La Union en route to Manila) 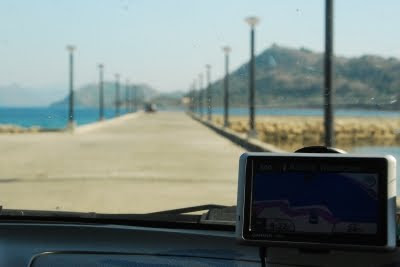 Sought but was not found by Tutubi on his first try by just asking locals, on the second attempt, he used Wikimapia then inputted the coordinates to his Garmin nuvie GPS PDN (personal navigation device) that later guided him correctly to the "missing" watchtower in barangay Bateria, San Esteban, Ilocos Sur on his way from Vigan to Sta. Cruz.

In search of the Bateria watchtower, Tutubi was greeted with a stone structure that's almost completely obscured by a tree, built on the beachfront of Bateria, with Villa Bateria (some sort of beach resort), a pantalan where you can catch a great view of the sea, and a service road that leads to Apatot Beach and the surprisingly beautiful Sabangan Beach of Santiago Cove. 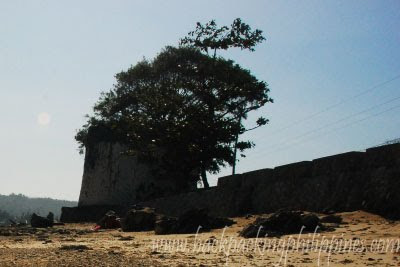 the watchtower seeks "shelter" from a tree that almost hides it completely from view from passersby, nearly missed again by Tutubi if not for his GPS. 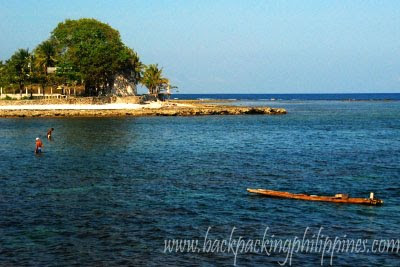 bateria watchtower stands guard on the beach of Bateria, San Esteban, Ilocos Sur. here you can find locals taking a swim and using a bamboo raft

Tutubi didn't notice any historical marker near the supposedly "famous tourist spot" of Ilocos Sur. Seems too that the historical landmark is left on its own, where no sentries stand guard to look out for marauding pirates and slave traders to alert townspeople of the impending danger from the sea.

This place should be preserved by the locals if they can't find help from the local or national government.

this is a great find! my friend who resides in the states was asking me the other day why we have cars here with GPS when we don't have street signs. now i can give her a good example why we need GPS. LOL

luna, street signs here get stolen...before my trips, i try to input the coordinates of Points of Interests (POIs) on my GPS and use OpenStreetMap. no need to ask around and meet a few unreliable locals

interesting. I never had to input any coordinates on my GPS and that's because I always use addresses to travel. Never tried going anywhere without an address yet :)

I think we have several antique watchtowers. In Cebu and Bohol we found them lining the coast, some in ruins and neglected, others were turned into tourist attractions (part of a park).

I once own a coffetable book called Fotress of Empire which documents the known watchtowers build during the Spanish era. we lost that in Ondoy. Sana really they preserve these antique watchtowers.

Tutubi,
Hey, it's nice to hear about the rich history of my beloved town san esteban from you. Yes, i'm one of the local officials here in r town and I thanked you ao much for giving importance to r one of the tourist spots here the MORO WATCHTOWER!!! Im keeping my fingers crossed by next year I together w/ my fellow municipal officials will going to find ways to preserved r historical landmarks. God Bless to all