An old church with a picturesque bell tower built a few meters separate from the main church building, it is a popular stop for visitors of Vigan, the church entrance gate and service road can be seen on the national highway just across the Petron gas station 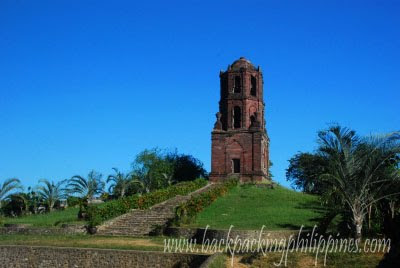 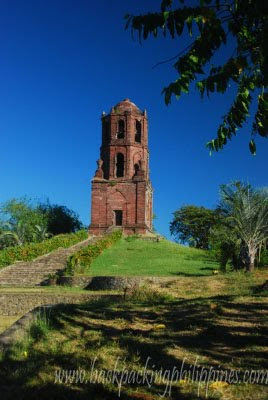 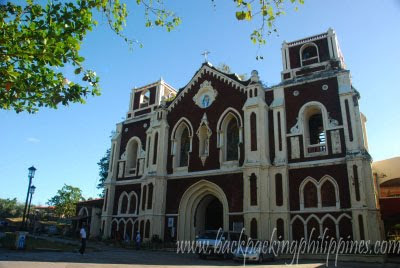 the reconstructed facade of San Agustin, Bantay, a hint of romanesque architecture is visible (tip: visit the church in the afternoon to get better lighting for the facade) 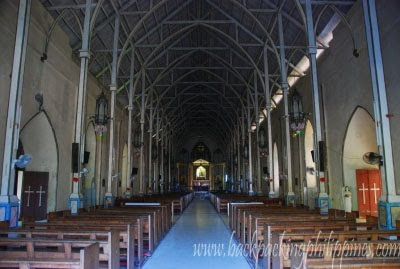 Note: a registration table near the church entrance can be sighted. Donations are not necessary but the manner in which the two persons manning the donation box implies it's required or they just don't have the right manners to properly ask Tutubi.

Lastly, it was also in the town of Bantay where Diego Silang was killed by Vicos, on a street named Encuentro at the town plaza, now named Diego Silang Park. There also used to be a monument to Miguel Vicos at the town square.

we also felt that way about their donations. we got the impression that it's compulsory. anyway, i hope the money would serve its right purpose.

yhun, yeah, demanding people manning the donation box, it's like a fee and not donation, methinks. just hope it's channeled to it's proper purpose

photo cache, i should've visited it in the afternoon when i came back...anyway, next time probably next year

yup, went there also, they are compulsory.... or at least felt like it... they kept on asking us for donation, minimum p50 pa.... but the tourist guide really looked like he needed it...

So picturesque. One could relate the heritage of some Filipinos. Donations should be served as to maintain the historical spot.