It's not a rumor but actually true that the lowly philippine gecko, locally called tuko as onomatopoeia from the sound they make, is fetching tens of thousands of pesos offered by illegal wildlife traders and traffickers. 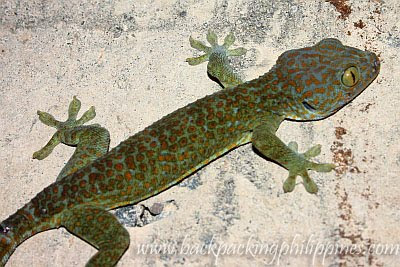 kapit tuko caught on camera by Tutubi inside the duck walk tunnel on Corregidor Island (what is the scientific name of gecko/tuko?)

Why the geckos are fetching high prices for the underground black market of the wild animals, not limited to Aranque Market in Manila or Cartimar in Pasay City, some say it's due to it's use in Chinese medicine as cure for AIDS (particularly the gecko's tongue), while some claim it can even cure cancer.

Note that capturing/trading/buying/selling of wild animals, including geckos are illegal, particularly protected and endangered species. You can be jailed for trading or selling them.

Lastly, to give some sort of political significance, at least Sen. Miguel Zubiri was honorable enough to resign from his post as senator of the Republic of the Philippines. He may be a beneficiary of the election cheating in 2007 but give him the benefit of the doubt that he has a hand in the "Maguindanao massacre" of 2004 and 2007 national elections.

Migz Zubiri is not a kapit tuko, in a world full of despicable, kapit tuko and balimbing politicians. those despicable politicians should be the ones hunted down to extinction!

I agree with your last statement :)

Hi my name is yogesh kumar. I like this blog website due to the quality of a description about the travel. I say thanks to that person who made this
www.today-life-style.blogspot.com

although i took up biology prior to medicine ages ago, i haven't seen an actual or even photos of gecko; first to view it on your post.

the word, onomatopoeia was one of those must-spell-right on our english class' quizzes when i was in first year high school, hahaha, just brought back some memories.

anyway, despite i'd like to be apolitical, i like your last statement, hehehe! tama ka dyan, tutubi!

docgelo, touching even the onomatopoeia is nostalgic to you hehe tuko is worth a fortune these days. sana makahuli ako