It's part of Filipino culture when there's a trip to buy something for friends and family back home, called pasalubong. In Vigan, Ilocos Sur, there are numerous options for wanderers to buy and bring back home. Of course, you can't bring Vigan Empanada and sinanglao to Manila but there's Candon Kalamay along the way, the tinubong and there's Royal Bibingka made famous by Tongson's, the Home of Original Royal Bibingka

Tutubi saw Tongson's Royal Bibingka on Calle Crisologo but he opted to try the newer Marsha's Delicacies along the national highway in Bantay town, 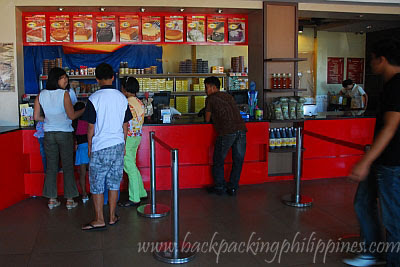 the counter of marsha's delicacies

How does vigan royal bibingka taste like? it's not like your usual bibingka made from rice fluor (galapong) and it's consitency is nowhere near it. It's sticky, more like cassava pudding (budin) but no cassava.

Now, even if Tongson's Royal Bibingka is the original, some people claim Marsha's version is better, even others claim the relatively new The Sisters Royal Bibingka, located less than a kilometer from Marsha's, is the best. 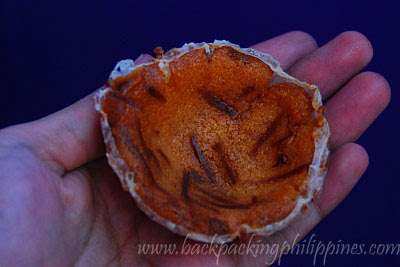 Vigan Royal Bibingka, Marsha's version. a dozen of these comes in a box for PhP140.00

yum! i love bibingka! which did you think was the best?

oooh this is one bibingka variety (aside from the one in Iloilo) that i really like! yummm!

Would you have any idea magkano na ang per box ngayon?punta kasi ako ng Vigan next week.. :-) thanks..

Would you have any idea kung magkano na ang per box nyan ngayon?punta kasi ako ng Vigan next week.. :-) thank you..

sorry no idea but probably in the PhP200/box by now...will re-visit Ilocos loop when TPLEx is completed next year