Several baluartes (watchtowers) can be found on the coast of Ilocos Norte, Ilocos Sur and La Union built by the Spanish authorities to guard and warn coastal communities of any suspicious ship coming to shore and thus warn people of impending danger from marauders, usually Moro or Chinese pirates slave traders, snatching young girls and women during summer. The watchtowers were mostly constructed about 400 years ago, made of adobe blocks and coral stones joined by lime and egg whites, typical construction styles of Spanish churches. 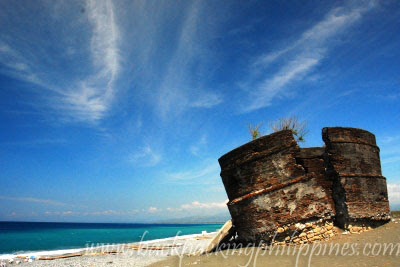 Watchtowers: the sentinels of the sea against marauding pirates and unwelcome visitors

Tutubi already visited and posted several of the watchtowers and this one, located in the town of Luna, La Union (formerly called Namacpacan and now named after one of the towns famous sons, Gen. Antonio Luna (brother of Juan Luna)) is no different but in such sad and forlorn state, just waiting for a strong typhoon, tsunami or apathetic humans to topple it down to oblivion. The watchtowers foundation is already eroded probably due to seepage of seawater making it look like the leaning Luna watchtower that urgently needs restoration, if there are still people out there who appreciate heritage. 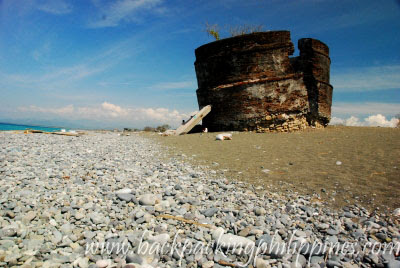 the ruins of the Luna Watchtower sits on a pebble beach, where people make a living of gathering pebbles to be sold to traders and exporters of white, gray or sometimes colored pebbles for use in landscaping, construction and aquariums here in abroad 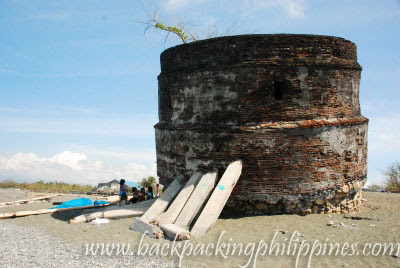 the leaning watchtower, held in check by crude wooden planks, children nearby add scale to the photograph 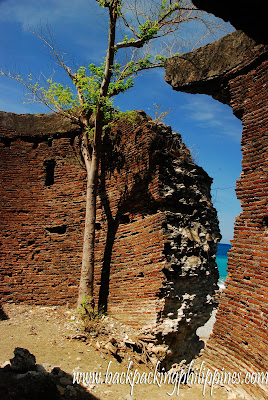 Other baluartes in La Union province can be found in Carlatan, San Fernando (a small town formerly known as Pindangan), Balaoan, Bacnotan and San Juan, all yet to be visited by Tutubi.

I've been to La Union very recently but it was for work. I'm definitely adding this to my itinerary next time.

I used to play here before ser the tower was destroyed by a typhoon and big waves there's also a story that under this tower a secret passage to the church of Our Lady of Namacpacan, :-)