Touted as one of the best waves and surfing break for all levels, Doot Poktoy, located in the quaint town of Lanuza, Surigao del Sur hosts the annual Doot Poktoy Surfing Festival in November.

Tutubi visited the place early dusk, thus the gloomy pictures to check out the place.

Lanuza town's seawall faces the Pacific Ocean and it's understandable that storm surges or waves during the typhoon season can really bring in the waves, but the renowned waves were absent when Tutubi passed by, and even the crowds, spectators, newbie surfers or skimboarders were not there, to his dismay. 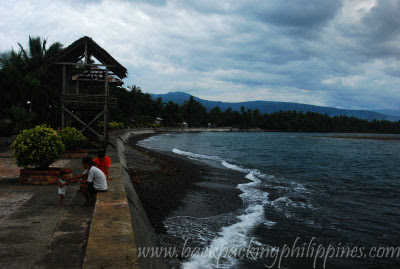 the beachfront of Lanuza, with Poktoy in view plus the small waves that could be harnessed by skimboarding, but skimboarders were not there. The beach seems to be fine gray sand so it's safe even for newbie surfers 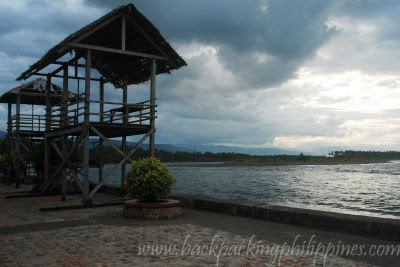 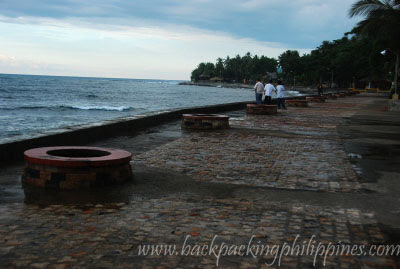 Out of curiosity, Tutubi asked a local why was the surfing ground called Doot Poktoy, he got the answer the doot, in the vernacular means to cross, while Poktoy is really the small island or sandbar, thus Doot Poktoy means "to cross" Poktoy.

You must go back when the surfers are there to show their wares.

Right now a big surfing contest is happening in SF's Ocean Beach. I find that funny since I have never seen large waves in this beach.

Isn't the Philippine Deep, once the deepest part of the world until the discovery of the Marianas Trench off the Surigao coast ?

photo cache, i'll definitely be back there but in three months time, not in time for the surfing festival :(

bw, yes, i think so but it's far from surigao, just near marianas island

I also bookmarked and tweeted this. Thank you so much for showing great concern for other people. Much Respect!