Tamilok: Exotic Palawan Delicacy is Not a Worm

With Tutubi's second visit to Puerto Princesa, he did not pass up the chance to sample the (in)famous tamilok, a native delicacy of Palawan, a mangrove-infesting wood worm that's not a worm but actually a mollusk (same group as squid and octopus).
Tutubi got his curiosity sated when he and his friends went to Kinabuch's bar and Grill on Rizal Avenue in Puerto Princesa City. 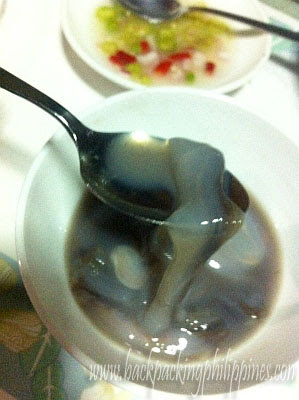 Never mind it looks like a translucent worm, rather icky, but it really tastes like talaba (oyster) like most people who've tasted tamilok swore. To enjoy tamilok, you eat eat it fresh and raw (kilaw, kilawin kinilaw) style by dunking the slimy worm-like creature in vinegar laced with chili and other spices.

Tutubi tried but failed to ask his contacts to see and catch tamilok in the mangrove forests but was not able to do so. 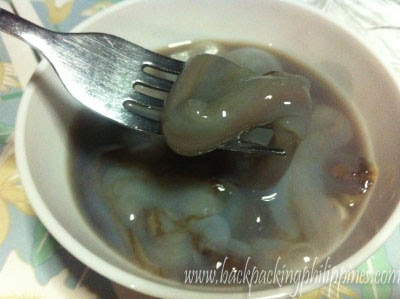 For the less adventurous, there's also fried tamilok in bread crumbs at Kinabuch's Bar and Grill but waters down the icky look of the once mangrove-boring crawlers. 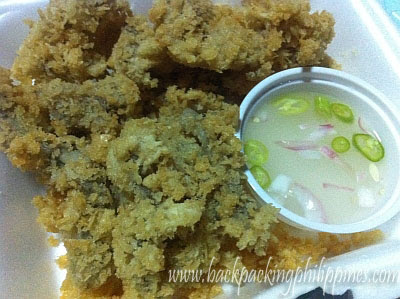 Would you dare sample this exotic and bizarre food (for Metro Manilans) next time you're in Palawan?

would try the fried one first. hahaha

is this the same one that andrew zimmern feasted on when he did his palawan segment on bizarre foods? my husband would love to taste that.

I've seen a program before that featured this exotic food. People from Palawan and even tourists believed that this is some sort of aphrodisiac. Also, it was proven that Tamilok is definitely rich in vitamins and minerals.

how informative! i'm too lazy to google about it and lo and behold it's not a worm! let all pinoy know this that tamilok is a mollusk. :)

Interesting food; looks like a seafood; I would definitely try to eat this mollusk when I get to Palawan; thanks for sharing your experience the backpackingman.

I surely will! Dang, I've tried grasshoppers in Bangkok! So, its a shame not to try our own! lol

Congratulations on making it to the top 10 Food Bloggers of 2011!!!All your food photos and article content are truly interesting/ beautiful.

carlotta, not really challenging for me since i know what it is

docgelo, it's not really about mollusks technically but it really looks like a worm :P

nonoy, go ahead. try it

discount travel blogger, i've seen those hoppers in bangkok was not able to try them. probably next time