The Travels of Charles Darwin on the HMS Beagle in Sydney, Australia

Tutubi, ever on the trail of famous people where ever he goes, is aware that the famous explorer and naturalist Charles Darwin explored Australia, then part of the English Empire, on board the HMS Beagle but little did he know that he would stumble on the path Charles Darwin passed while he was trekking to Wentworth Falls down the magnificent Blue Mountains of Australia.

For history and science buffs, it's well known that Charles Darwin traveled on board the surveying ship HMS Beagle with extensive voyage stopping at many exotic places and took nearly five years. His voyage started on December 27, 1831 in Devonport (Plymouth) and ended on October 2, 1836.

His trip to Sydney, Australia also coincided with the exhibition of Darwin's travels to down under with exhibits at Australia Maritime Museum, which, unfortunately, Tutubi wasn't able to see due to limited time he has left that he used to meet old friends and an "inaanak" that he hasn't seen for years.

Anyway, just snapshots of places visited by Charles Darwin in Australia with markers and pathways that declare he trudge along the path in 1836. 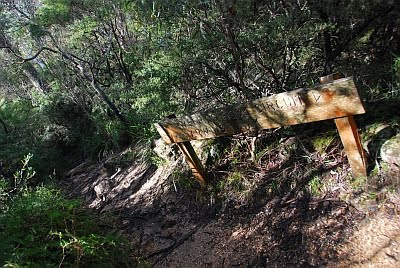 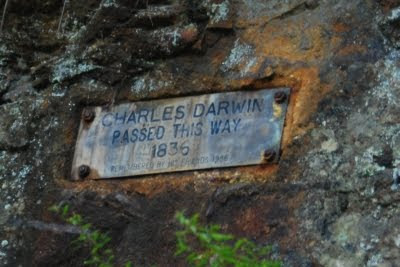 Charles passed by here in 1836 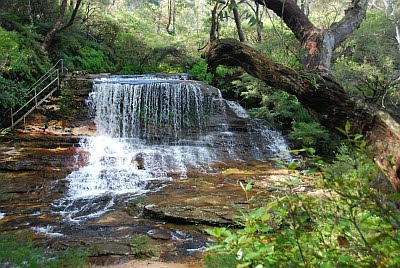 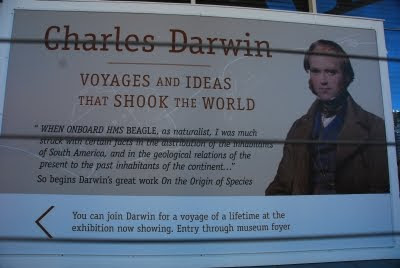 Where did Charles Darwin's voyage take him?

Charles Darwins explorations and discoveries did not end in 1836, it was merely the beginning of his ground-shaking work: "Origin of the Species."

Wow, impressive to make it in Darwins footsteps really! I would love to go to all those places. I've only been to a few of them - so far! (Tenerife and Rio de Janeiro)

that waterfall is gorgeous. It looks kinda small in the pic though..is it smaller than that at pagsanjan?

When were you in Australia?

photo cache, that was still the 2009 australia rip, lots of unblogged places there still for me :(

its realy looking natural beautifull.....
I also bookmarked and tweeted this. Thank you so much for showing great concern for other people. Much Respect!