It's unusual for Tutubi to come a place unprepared i.e. without his usual list of interesting places or noteworthy restaurants featuring local specialties and delicacies since he found out that the still promoted yet already extinct Salinas Salt Springs is not worth a visit. In a recent visit to Solano, Nueva vizcaya, he was taken to this place, called Jordanian by the locals, that turned out to be a newly-built shrine in honor of Jose Rizal and 15 other national heroes located in barangay Casat, Bayombong, Nueva Vizcaya near the road that leads to Mt. Pulag.

The Jose rizal Shrine features a nice hillside park with a fountain, some retail space, winding road (that puts poorly-maintained national roads to shame), nicely manicured garden, an obelisk, helipad and some sort of clubhouse, still unfinished in front of the Jordanian's mansion. The centerpiece of the Rizal Shrine is the (now second) largest Jose Rizal monument built with fiber glass covered by a bronze-colored metal layer. The body weighs 1.2 tons while the base weighs 1.3 tons, according to Mahmoud Asfour, the naturalized Filipino developer of the park. 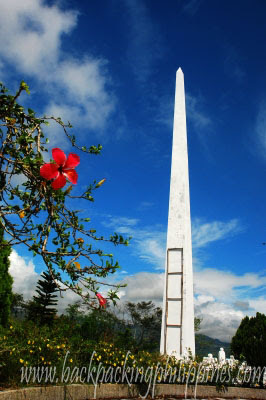 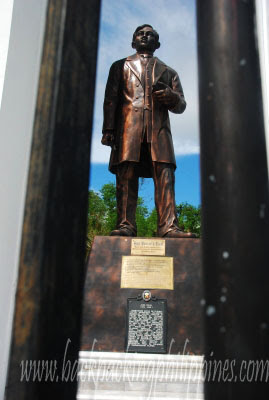 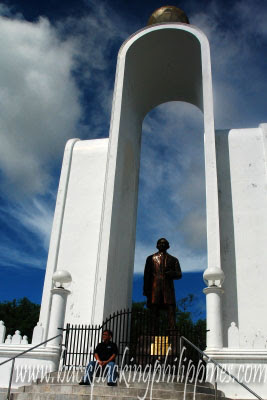 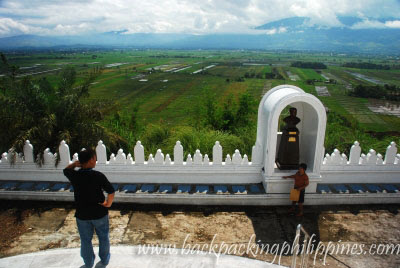 His "utang na loob" to a Filipino was rooted sometime when he was stranded for two days in middle of the desert in Saudi Arabia before the Gulf War without food and water, when he was found and rescued by a "good samaritan" Filipino truck driver.

He has since married a Filipina and settled in Nueva Vizcaya (Tutubi even met the good man and his son, a newly-minted computer engineering graduate) and helped put up business and charitable works in addition to the new Rizal Shrine. He was granted Filipino citizenship in July 2005.

The Jose Rizal Monument in Nueva Vizcaya held the title of "largest Rizal monument" for a short time only due to the construction of the giant Jose rizal monument in front of Calamba City Hall in Laguna, the birthplace of Jose Rizal, which was made taller by about 5 feet from this monument upon the orders of local politicians who've heard of the presence of this monument.

---
Tutubi, in one of his lucky days, chanced upon Mr Mahmoud Ashfour, sporting a Rizal t-shirt, personally supervising workers of his Rizal Shrine. He asked him his nationality, to which he promptly replied Filipino, and why was he building such a nice place. His reply turned a quizzical look on Tutubi and is not worth publishing here.

Other Jose Rizal related posts (you may also click the Jose Rizal Category on the navigation pane):

havent been to this part yet. kaya maganda ipromote to. bihira nga lang ako makadaan dito but im here also to extend my greetings!

cheers to more years of great travel info and a good life with your family tito B.

amazing.sooooo beautiful,i haven't been to this place,looking forward to get there..like it so excited to visit this place ?

I love visitng my province. It's not yet developed as for tourists, but I think this adds to her charm. It still boasts of many pristine sites that are still waiting to be discovered.

The government must strive to redevelop this site specially now that the good Jordanian has just passed away!