The NPA and the Mines of Surigao del Norte

Just a few days when the "catalysts of progress" NPAs swooped down on the mining companies of Claver, Surigao del Norte, Tutubi visited Cantilan, Surigao del Sur and passed by the still smoking dump trucks and heavy equipment of several mining companies burned by the "beneveloent" bandits pretending to be friends of the masses.
Of course, when Tutubi got there, military men were already there while mining companies did not permit even taking pictures of their burned mining facilities and equipment. 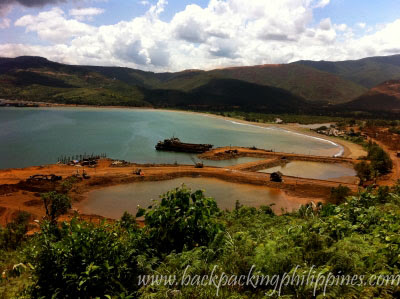 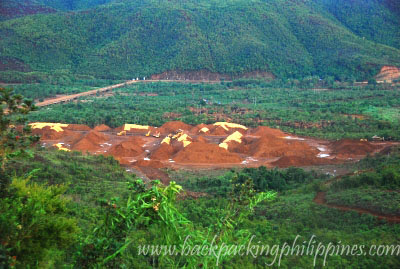 a mining company in claver town, looks like they're really flattening the mountain, full of red earth...hoe the rains never come to wash them all away 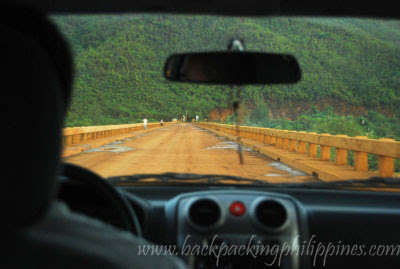 As reported by Tutubi's contact, the NPAs struck in the middle of the night. Blocking forces waited at a bridge ready to blow up reinforcements from the army. Pity, the army doesn't have airlifting capabilities and thus were outsmarted by the NPA.

The NPA also reported blocked passenger buses from travelling, got their cellphones, but returned them after their "arsonic" ways was finished. No casualties/fatalities but the damage to economy due to lost investments and a shame to the international community again to the longest active maoist insurgency in the world, fighting for an ideology that already failed.

Mining companies definitely bring jobs to the local community but the worst part about the trip was that Claver town, with numerous mining companies in operation remains poor, even the main road, about fourteen kilometers of road from Claver, Surigao del Norte up to Carrascal, Surigao del Sur is still very rough road that only heavy duty trucks, buses and 4x4 vehicles can navigate.

Now, where have all the mining money went to?