The Old Cemetery and Ermita Ruins in Dimiao, Bohol

Tutubi stumbled on these historical ruins of an old chapel and cemetery, with honeycomb tombs similar to those in Paco Cemetery, just beside Dimiao Church called the Ruins of Ermita, while he was taking pictures of the old church and the nearby Dimiao Tourism Office. 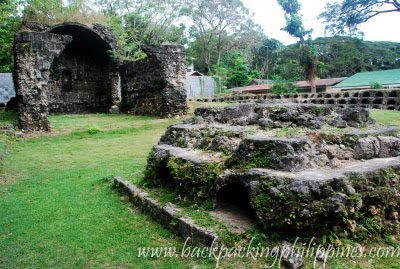 For the history of Ermita ruins, here's what a marker at the site states:

"Ermita is a Spanish term for a small church or chapel in a lonely place.

In a study conducted by a team from the National Museum entitled Archaelogical
Exposition of the 18th Century structure, Ermita Ruins is an 18th century structure which has the closest resemblance to Paco Cemetery, a historical site in Paco, Manila. Built in 1800 until 1815 by Fr. Enrique de Santo de Villanueva, it was constructed during the Spanish colonial period that has been abandoned and erected by a population that was willing to work for the church and the Ermita.

It has honeycombed-arranged tombs or sepulchers that are unique and so far, the only one found in the the Philippines, which make up the walls of the Ermita.

The researchers, were surprised why no graves were found in the tombs. To them, perhaps, it was constructed not only as a chapel but also as a cemetery. But even before it was completed, it could be possible that a big catastrophic event occured, an epidemic perhaps =, which explains the mass burial as evidenced by skeletons excavaed from the ground, not properly arranged but just laid on top of the others. 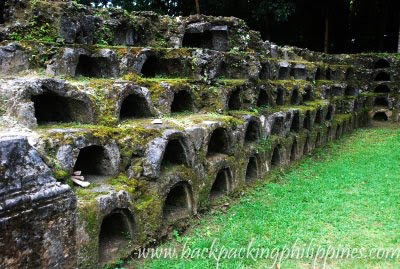 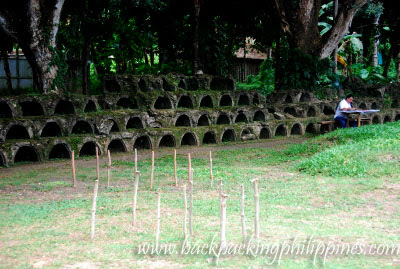 On the other hand, researchers consider the idea that perhaps, the absence of bones in the hndreds of small niches (akthough there were few sets of bones recovered and transferred to the municipal cemetery) explained byt the clousre of the cemetery in 1844 by Fr. Manuel Carususan; its nearness to the church was deemed unhealthy.

The preservation of the ERMITA RUINS is a joint project of the Diocese of Tagbilaran, the St. Nicholas paarish and local government of Dimiao. The preservation is in accordance with the policies of the National Heritage (sic) Institute (NHI) to retain the antiquity of the place and preserve its natural beauty and attraction."

Never been to this part of Bohol. Interesting. -Glenn

This is my first time have seen this place. I havn't been here when we visited and stayed in Dimiao for 1 week during high school days. That was long time ago. :-). Miss this place, Dimiao.