There are many articles on the net about Facebook having millions of users and yet the Facebook advertising is not as mature as Google's. I've browsed many blogs with thousands of likes for Facebook pages and Twitter followers much more than mine but I noticed something by studying this blog's web analytics: that Facebook fans simply "like" Facebook page posts but not actually visit the blog post. There are of course some pages that get spikes on visitors referred by Facebook but as a general observation, Facebook is "just" another marketing tool or a way for your fans to follow you, same as Twitter.

This blog arrived late in social media presence being only about a year old with barely two thousand likes for Facebook page and about a hundred followers on Twitter. It's probably due to Tutubi's being inaccessible, being busy with life's routines rather than tweeting, posting FB updates, even bloghopping. Heck, he can't seem to reply to comments like he used to.

But even with the pathetic numbers of his FB page and Twitter followers compared to other travel blogs, here's a sneak peak at this blog's hidden numbers, something you can't see on Pinoy Top Blogs (want to know the reason why he opted out of this blog ranking site? The reason may make you decide to leave that blog ranking/aggregator too) 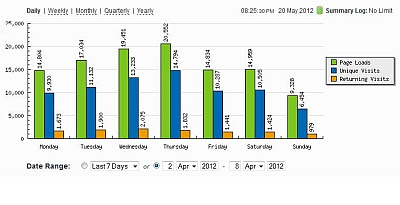 Typical web statistics for Summer of 2012: 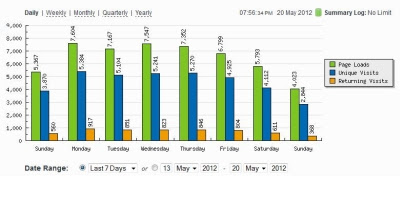 Numbers in a nut shell:

these numbers are paltry compared to other blogs but the numbers that really matter are not the Twitter followers, Facebook page likes, not even comments but the pageviews and visitors of this blog that leave no imprint. There are about a few hundred people visiting this blog every single day without saying any thing, probably bookmarked due to absence of referrer site information.

And if you understand page views and how it relates to these acronyms: CTR, CPC and RPM, you'll know what they mean :P

Thank you, all silent followers of this blog. Been six years, Tutubi may have slowed down traveling, blogging and blog-hopping, it doesn't mean he'll stop at it!