Just a post in honor of Philippine national hero Jose Rizal on his 151st birthday celebration.

Tutubi was able to visit the huge Rizal Monument at the 18 foot tall Jose Rizal Shrine in Nueva Vizcaya some time ago which held the record for largest Jose Rizal Monument only for a little time due to the building of this new monument, whose height was allegedly adjusted, to be a little taller, after Laguna officials knew of its presence. 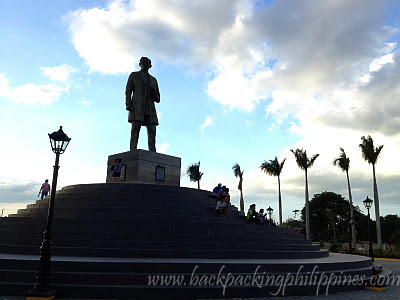 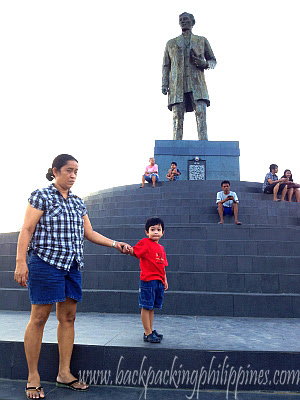 
The giant Jose Rizal Monument, made of bronze and measuring 22 feet, can be found on Chipeco Avenue near Halang, Calamba City in front of the new Calamba City Hall and football field (pitch) and RSM Lutong Bahay Restaurant (the bypass road that avoids Calamba crossing traffic and SM City Calamba). It was unveiled last by Pres. Noynoy Aquino during the 150th birthday celebrations.

Looks wonderful! Hope to visit it this summer. Thanks. Looking forward to your next posts!

You should see the one in Echague, Isabela. It is in a shrine on the hill owned by a foreigner married to a Filipina. There are also symbolic structures there like an obelisk, and a lot more, I wonder if the owner is a member of the Secret Society!

kalantikan, thanks for the tip. so it's similar to the one in Nueva Vizcaya owned by a Jordanian married to a Filipina also set on the hills